‘We are Able to Breathe Again’
Advertisement 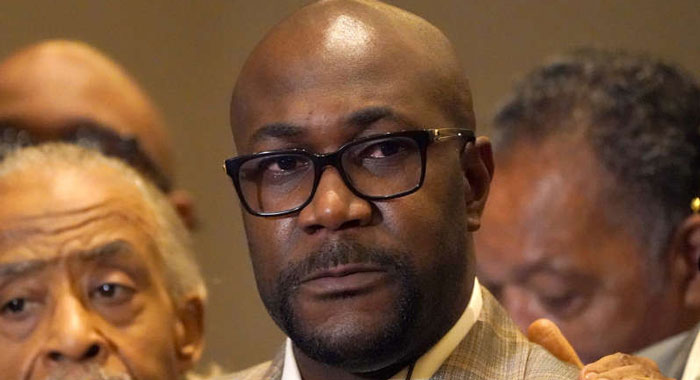 Minneapolis: I feel relieved today that I finally have the opportunity to hopefully getting some sleep. [There’s] a lot of days that I pray, and I hope, and I was speaking everything into existence. I said: “I have faith that he will be convicted”.

It’s been a long journey and it’s been less than a year. The person that comes to my mind is 1955 and to me, he was the first George Floyd. That was Emmett Till [the 14-year-old African American who lynched in Mississippi]. I was on CNN, with Deborah Watts, Emmett Till’s cousin, and she just brought him back to life. People forgot about him but he was the first George Floyd.

But today, you have the cameras all around the world to see and show what happened to my brother. It was a motion picture. The world has seen his life being extinguished. And I could do nothing but watch, especially in the courtroom, over and over and over again as my brother was murdered.

Times, they’re getting harder every day. Ten miles away from him Daunte Wright [was shot by police]. He should still be here. We ought to always understand we’ll have to march. We will have to do this for life. We had the protests because it seems like this is a never-ending cycle. Reverend Al [Sharpton] always told me we got to keep fighting. I’m gonna put up a fight every day because I’m not just fighting for George anymore. I’m fighting for everybody around this world.

I told you, we will get justice. And still, we’re gonna fight for you too. We got to fight for everybody.

Thank you all so much for just giving us this time. Because we’re here. And we’re not going anywhere. And I want to thank all the protesters, all the attorneys who stepped up all the activists who stepped up, and many who think they’re not activists, but advocates.

Thank you all. Because justice for George means freedom for all.

Workers Vote No on Union in Bessemer, Ala.