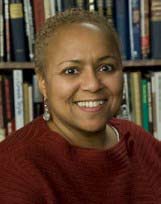 Tina Flournoy, who is currently serving as chief of staff to former President Bill Clinton, has been chosen to be Vice President-elect Kamala Harris’ chief of staff, according to a source with knowledge of the decision.

Flournoy will join at least two other women of color holding senior roles in Harris’ office. Symone Sanders, a senior adviser to the Biden campaign, will serve as a senior adviser and chief spokesperson for the vice president-elect. Ashley Etienne, another senior adviser on the Biden campaign, will serve as communications director for Harris.
Before her current role with Clinton, Flournoy, a graduate of Georgetown Law, served as assistant to the president for public policy at the American Federation of Teachers, a union representing 1.7 million members, according to her Georgetown University biography. In that role, she led the group’s work in areas including its political, mobilization, and human rights and community outreach departments.
She has served in several roles in the Democratic Party, including senior adviser to then-Democratic National Convention Chairman Howard Dean in 2005. She was the traveling chief of staff to 2000 Democratic vice presidential nominee Sen. Joseph Lieberman, finance director for then-Vice President Al Gore›s 2000 presidential campaign and deputy campaign manager in the 1992 Clinton and Gore Presidential Transition Office and in the White House Office of Presidential Personnel, according to her Georgetown University biography.

Caribbean National Gets Top Communications Post in New US Administration