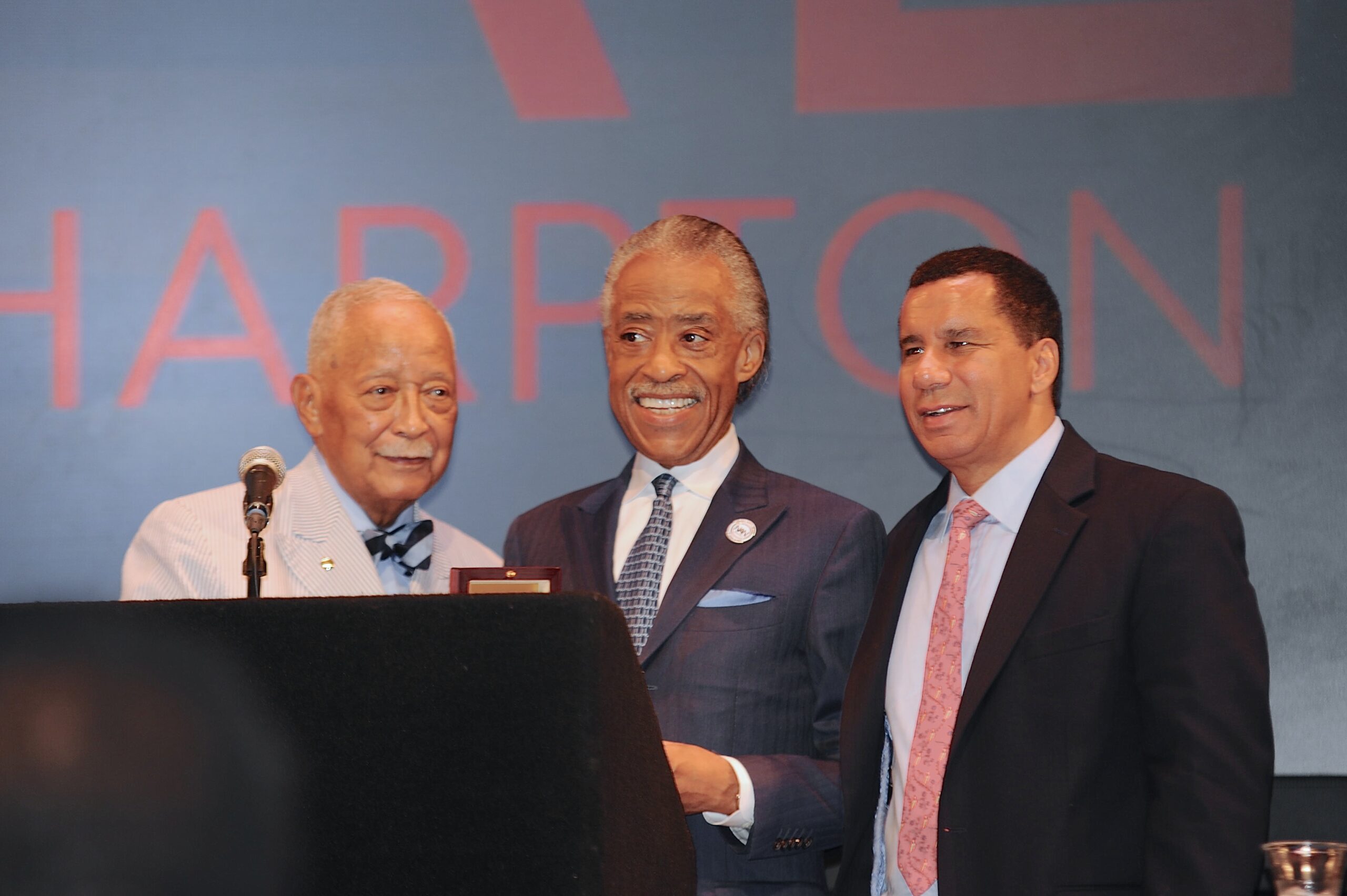 Royster urged others to consider careers with the NY Police Department and acknowledged that she stood on the shoulders of many to get where she is. “But for all the trailblazers on the dais, those that have gone on, I would not be standing here today,” she said.

The luncheon also included a special tribute to Rep. Charles B. Rangel as he prepares to depart from the House of Representatives after 46 years. The “Lion of Lenox Avenue” promised that he would remain very active. “Retiring from the Congress doesn’t mean that I’m retiring from Harlem,” Rep. Rangel said. “I’ll be here–including serving as Chairman of the Harlem/Havana Music & Cultural Festival.”

Gov. Paterson gave a glowing introduction to his great friend, the Rev. Sharpton “Every time there has been a problem, he’s been there to stand with the community and defend it,” the governor said. But the Rev. Sharpton attributed much of his activism locally, nationally and internationally to Basil Paterson and his close friends saying it wouldn’t have been possible without the “Gang of Four” – Mayor Dinkins, Basil Paterson, Rep. Rangel and Percy Sutton.  “May we never forget that the trail we walk did not start with us and will not end with us, but let’s walk it as best we can while we’re here,” Rev. Sharpton said.

The event was part of the annual Hon. Lloyd E. Dickens and Hope R. Stevens, Esq. New York City Economic Development Day where New York businesses, nonprofits, city, state and federal agencies and the public came together to discuss ways to keep the economies of the Harlems of New York robust and diverse. Many sponsors of the event participated in the daylong indoor business expo. Artists from the hit Broadway musical “The Color Purple” provided much-sought-after tickets to the show for the chamber’s business drawings which also included trips to the Caribbean.

Staff helped attendees to navigate the many exhibits including MetroPlus, MTA, NYC & Company, Infrastructure Engineering booths.  “We’re here today because it’s really important to understand the economic benefits provided by the various exhibitors,” said Zakia Feracho, of the New York Road Runners, which will host the Percy Sutton Harlem 5K Run on August 27th as part of HARLEM WEEK. “We’re here to talk about economic health, but your health is your wealth, and it’s something you can be in control of.”

HARLEM WEEK, which is presented by The Greater Harlem Chamber of Commerce, celebrates all things uptown through a series of music, cultural and community events all summer.