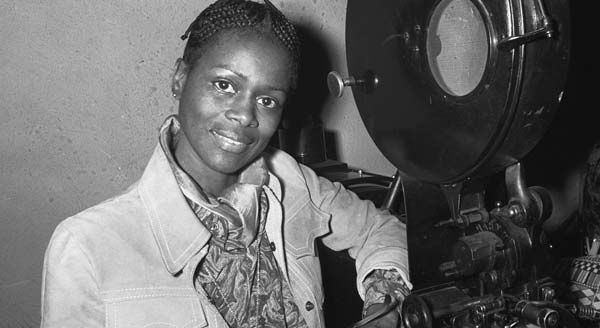 The late Cicely Tyson is getting the Chadwick Boseman treatment. Mainstream media bow to her memory with overstated obits and one piddling night of two films on Turner Classic Movies. All this, pretending to respect the artistry of her 60-year-plus career, simply in order to make Tyson an exemplar of Black Lives Matter significance.

Dark, lovely, and clearly intelligent, Tyson was certainly an extraordinary figure during the late 20th century, but like other black American performers who personified the social advances of that time, her reach into the millennium saw her achievements used as political fodder by media, politicians, and a new generation that was unaware of the qualities that defined Tyson’s exceptionalism. Tyson’s ageless beauty (she was nearly 50 when she made her breakthrough in Sounder) recalls how Celia Johnson portrayed average women with extraordinary forthrightness.

Racial esteem recently has degraded into political necromancy. Once a black cultural figure passes, they get more love dead than when alive. (The ultimate example is the 2018 Aretha Franklin funeral that became a Democratic Party platform.) Black artists who’ve enriched the culture are fitted with the same death masks as lawbreakers Michael Brown, Freddie Gray, and George Floyd — a form of honor peculiar to our suspiciously politicized era. When we no longer learn from artistry, its value gets twisted into outlawry.

Like Boseman at 43, Tyson at 96 gained new reverence after being routinely ignored. (She was denied the favor of brief-flame media infatuations such as that enjoyed by Oscar-winners Meryl Streep, Julia Roberts, Kate Winslet, and Cate Blanchett.) Fact is, at the end of her career, the indefatigable Tyson was reduced to making such trash as TV’s How to Get Away with Murder and Tyler Perry movies. She found employment in the new Diversity Ghetto that restricts performers to their race and gender identity, even after receiving her Presidential Medal of Freedom in 2016 (Obama’s last-minute culture-grab stunt).

How could it be otherwise when the Black Lives Matter movement operates on terms dictated by white liberal condescension? Prominent black activists accept the insult that black folks are recognized only as pathological social victims and political pawns. Tyson’s late-career work seemed to go along with this devolution only because the culture did not keep up with the hard line that she (and ex-husband Miles Davis) understood when they made career demands and sacrifices that contemporary black activist-performers wouldn’t dream of.
Tyson made the most of available opportunity (The Help, God help us), carrying her own weight, backed only by her personal stature and a desire for modern relevance — an impossible dream given the cultural changes that have rendered African-American creativity difficult to navigate. (Harry Belafonte suffers this problem when trotted out to promote specious work by Spike Lee and Steve McQueen.)

By this problematic standard, the crowning achievement of Tyson’s career, Martin Ritt’s Sounder (1972), seems an almost unimaginable work of craft, goodness, and sophistication. Consider the scene where an elderly black minister visits the sharecropping Morgan family to tell the mother, Rebecca (Tyson), that he gleaned no news from authorities about her incarcerated husband’s whereabouts (the father, played by Paul Winfield, was convicted for stealing a ham to sustain the family). Rebecca is told that her load of suffering is preordained, and she challenges this: “Is that a blessing?” When the preacher affirms that it is, Rebecca graciously answers, “Thank you.” Tyson, Ritt, and screenwriter Lonne Elder III, an erudite dramatist in his own right (Ceremonies in Dark Old Men), packed more knowledge of moral tradition and forbearance into that exchange than any movie made this century.

It’s unlikely that such vengeful types as Stacey Abrams, Michelle Obama, and Alexandria Ocasio-Cortez genuinely appreciate that scene’s decency. Sounder’s timeless humanism doesn’t equate to the childishness of Black Panther or the rancor of 12 Years a Slave and BlackKklansman.

Tyson’s protean race-conscious performances reflect an overlooked aspect of cultural history. Her artistic rigor and unrecognized daring in films as undistinguished as Because of Winn Dixie, Blessed Assurance, and Hoodlum, where she threw a pouch of desiccated testicles at an opponent, showed an artist searching for the defiant moment she always worked toward. After Tyson’s most acclaimed role — in The Autobiography of Miss Jane Pittman (1974), about a 19th-century slave who lived long enough to participate in a Sixties civil-rights protest — her agent famously complained, “You just acted yourself out of the business.” Even the politically conscious Nineties rap group Arrested Development mistook that fictional tour de force as real, citing Jane Pittman as an actual historical personage.

The problem facing our uninformed present is the too-easy simplification of art into political bromides about systemic racism and injustice. Any worthy salute to Tyson should start with recognizing that her generation of black artists strove through real obstacles to perform their craft. Media celebrations citing Tyson’s “iconic” status merely because “she looked like me” show ignorance of the once-legendary 1961 production of Jean Genet’s The Blacks, in which Tyson starred alongside James Earl Jones, Godfrey Cambridge, Maya Angelou, Ethel Ayler, Charles Gordone, Louis Gossett, and Raymond St. Jacques during the era when blacks artists were persevering, not merely activists.

The best example of Tyson’s commitment to respectability was her daring characterization in The River Niger (1976), released in the midst of the Seventies Blaxploitation action movement, in which Tyson reunited with co-star James Earl Jones to give serious, complex depictions of African-American personalities. The River Niger outclasses Tyler Perry’s neo-exploitation. It also surpasses the sham race consciousness that typifies Hollywood’s current Black Lives Matter infatuation.

As Mattie Johnson, a forthright, religious middle-class black woman, Tyson stuck to the principled manner with which she had opposed Hollywood’s black-wench typecasting (note her angry zealots in The Comedians and The Heart Is a Lonely Hunter). But The River Niger, written by Joseph A. Walker, is distinguished by its counter-stereotypes: blacks who reject both militant and subservient labels and so get left out of today’s “woke” conversation.
Back in 2010, Viola Davis told the audience at the New York Film Critics Circle that as a young black actress she had no role model until she saw Meryl Streep. Davis’s glib remark insulted Tyson’s legacy while also dismissing the talent and struggles of Nina Mae McKinney, Hattie McDaniel, Dorothy Dandridge, and Ruby Dee.

That horrible, ignorant kowtowing to liberal sanctimony is the flip side of pigeonholing Cicely Tyson as a Black Lives Matter icon. Davis is clueless about the personal resolve and nuance that places Tyson’s Rebecca in Sounder in a unique category of American perseverance: Ethel Waters in The Member of the Wedding, Diana Sands in The Landlord, all of the women in Beloved. And in the final scene of The River Niger, the always dignified Tyson performed a shift into plain language stronger than anything else in her career. It illustrates the tough-mindedness hidden within Tyson’s refinement. That’s the strength she shared with the uncompromising Miles Davis.

Fighting to Save Underground Railroad Site/Ode to Joy