Politics is Not a Spectator Sport
Advertisement 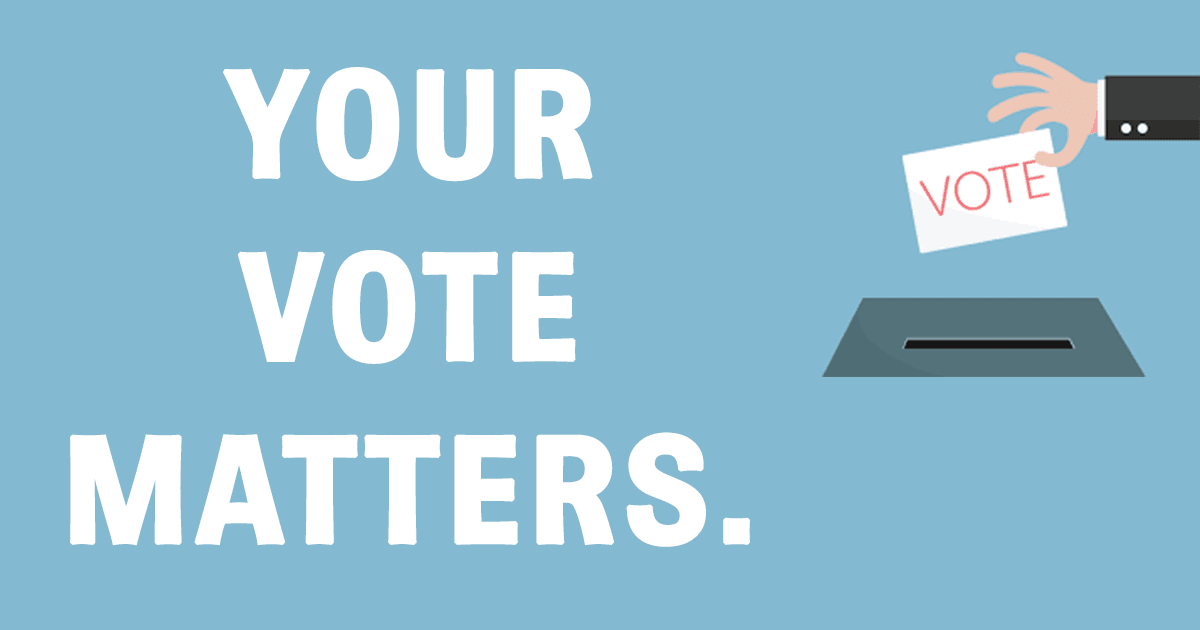 Make no mistake about it, we are in a war for the future of the country. 2022 will be remembered either as the year democracy is triumphant or that Republican voter suppression wins, and we begin the transformation into an authoritarian state, only waiting for Donald Trump to be installed in 2024 and begin his purges and consolidation of power as all dictators do. They must be stopped.
We in Brooklyn aren’t on the front lines, but we can send arms to those who are. And in this war, it’s money that is the ammunition and it’s advertising and the field operations that are the weapons that need to be loaded.
Unlike previous battles for the vote, we don’t have to face dogs, firehoses, cattle prods or Billy clubs. We can’t be there to knock on doors and hand out flyers. What we can do, is go to the websites of those in the trenches and send them some ammo.
Below are excerpts from appeals from candidates running in races that will determine control of the Senate, which is critical, particularly since Republicans are favored to take the House.

From Rep. Val Demming,
Senate Candidate in Florida
When I’m in the middle of make-or-break moments like this for my Senate race, my mind often goes back to Jacksonville – back to the tiny house I grew up in with six brothers and sisters. Things weren’t always easy. Mom was a maid, Dad was a janitor, and although we didn’t have a lot of money, we had each other.
In fact, it was Mom who used to say to me: “Never grow tired of doing good, Val — never tire.” Those words inspired me to get into public service, and ever since then, growing tired of doing what’s right was never an option.
These words have been deep in my soul as I have served the public, from my time in the Orlando Police Department to Congress. They’re the words I spoke to myself as I impeached Donald Trump. And they’re the words I think about now, as I see how we desperately need more than a 50-50 Senate to build back better for the American people.
Never tire, I think, as I recognize Florida is Democrats’ best opportunity to expand our Senate majority. Never tire, I think, as polls show me statistically tied with my opponent, and I come out of yet another finance meeting with the realization I’m far behind where I need to be before a big deadline like this.
My unlikely story of opportunity is proof of what’s possible – and I promise I will never tire as I work to make sure the greatness of America is accessible and affordable for all Americans. A 50-50 Senate isn’t working for you or our country, and it’s up to us to expand our majority and secure a future for voting rights, reproductive freedom and all our shared values.
This may be one of the first emails you’re getting from me, or it very well may be the hundredth.
It’s not lost on me that amazing supporters like you hear from me a lot over emails like – perhaps even more than you hear from some friends and family.
But in a battleground race like this, with Senate control on the line, I’d rather over-communicate than miss an opportunity to strengthen the grassroots team that will flip this seat blue.
Because the reality is this, David: You’ve contributed $105.00 to this campaign – and that grassroots support has meant everything to me. You’re one of hundreds of thousands of donors who are building a campaign that can compete with Marco Rubio and flip Florida’s Senate seat blue come Election Day. You’re helping make a meaningful difference for Floridians and the country. I cannot thank you enough.
The opportunity is right in front of us. CNN is calling Florida’s Senate seat one of the most likely to flip blue. Experts at The Cook Political Report increased my chances of winning. But with Mitch McConnell sitting on a massive war chest to protect Marco Rubio, I simply cannot win without your help.
So once again, ahead of my next $25,000 fundraising goal at midnight tonight, I’ve got to ask for your support: Rush a monthly contribution of $20 or more now – or whatever you can spare to help me defeat Marco Rubio – to win in Florida and expand our Democratic Senate majority.
https://valdemings.com

From Mark Kelly,
Candidate for Senate in Arizona
In just a moment, I’m going to ask you to contribute to my re-election campaign before midnight tonight. Please give me a chance to explain why this request — especially today — is so important.
Here’s the truth:
We’re less than one year out from Election Day. And our January deadline is nearly here.
But this goal is important for a few more reasons.
First, a National Republican Super PAC is running ads to defeat me in this race, and we need the resources to withstand the attack.
Now, the reason we’re facing so many attacks is because CNN ranks this seat as one of the most likely to flip in 2022. And our official race ranking just changed from Lean Democratic to Pure Toss Up.
But our secret weapon against the corporate special interests is you. Because if we have the resources we need, we’re going to win.
It would be the honor of a lifetime to serve Arizona for a full term, but I can’t do that alone.
To read about the candidate and Donate: https://markkelly.com

Senator Ralph Warnock,
Candidate for reelection in Georgia
I won’t sugarcoat it, friend. We have a big problem: We fell short of our first end-of-month goal of the election year, and now we’re behind in a race that experts say will decide Senate control.
Nate Silver’s FiveThirtyEight reported that Republicans are favored to retake the majority for Mitch McConnell this year, and it’s clear why.
They only have to flip one seat – and they’ve made me their top target for defeat.
Donald Trump himself has already held a massive MAGA rally in Georgia to prop up my potential GOP opponent, Herschel Walker (R) – and Trump allies started pumping $100,000 per day into Walker’s campaign to defeat me.
These attacks will only keep coming, friend – and now, with this new fundraising gap, we’re falling short of what it will take to fight back. That’s why I’m urgently asking: Will you rush a contribution of $5 or more right now to help us close this budget shortfall immediately, keep Georgia blue, and defend our Senate majority?
While I’ve spent my first year in office providing pandemic relief to struggling families, fighting for voting rights, and delivering on our progressive priorities, extremist Republicans are doing everything they can to block our people-first agenda and smear my record.
Republicans know that if Democrats keep Georgia blue, the GOP will have no chance of retaking the Senate majority. That’s why Mitch McConnell is lining up the full force of the GOP establishment to flood this race with MILLIONS to turn Georgia red – and this surge in spending could be having a devastating effect: Recent polling shows this Senate race is neck and neck.
So, we simply can’t accept this missed fundraising goal – or any missed goals going forward. Every dollar has the power to decide this race, so I’m counting on you to give as much as you can spare right now.
Every minute we waste by not hitting our goal is another minute we give the GOP to mobilize against us. Please, friend, I have to ask: Will you give $5 or more right now – as much as you can spare by midnight tonight – so we can win in Georgia and defend our Democratic Senate majority?
Thank you so much.
https://warnockforgeorgia.com/

From Stacey Abrams,
Candidate for Governor of Georgia
We saw the power of unity, teamwork, and inclusivity when Senator Warnock and Senator Ossoff won the historic runoff elections last year – as Georgia voters delivered a Democratic majority that many experts assumed was impossible. They carried their synergy from the campaign trail into the U.S. Senate to get to work together for Georgians.
To continue Georgia’s progress, we must send Senator Warnock back to Washington and elect a governor who will be a partner in fighting for Georgians of all backgrounds in every zip code.

Will you join us by splitting a $25 contribution between Senator Warnock and me right now to help us both win in November?
Reverend Warnock’s re-election is personal to me – not because we are on the ballot together this year but because we have fought side by side on behalf of marginalized communities for many years. I know his commitment to expanding access to affordable health care, protecting voting rights, and fighting poverty because we have been partners in these fights.
When I launched a statewide voter registration effort to empower people of color in Georgia, Raphael Warnock was at my side, and he even took the reins when I stepped down to launch my 2018 campaign.
When I was serving as House Minority Leader, he joined me and others across the state to sign up Georgians for coverage under the Affordable Care Act.
In the Senate, he has delivered relief for struggling families and small businesses, lifted the voices of Georgians into a national conversation about voting rights, and brought home investments in infrastructure, technology, job creation, and more. He’s pushing to renew the child tax credit, which he helped pass and has cut childhood poverty by 50%, and he is fighting to expand Medicaid coverage for more than 500,000 Georgians.
Senators Warnock and Ossoff are producing real results – all without the help of the current governor. Imagine for a moment what we could achieve as Georgians if, in addition to our senators, we also had a governor who believes in making progress for our families.
The candidates from the Republican side are dividing not only their party but also the people of Georgia. Their fight is with each other – our fight is for you.
On the ballot this year, Raphael Warnock and I are one team for One Georgia. We’re honored to have you with us.
https://staceyabrams.com