Our Story, Our Song
Advertisement 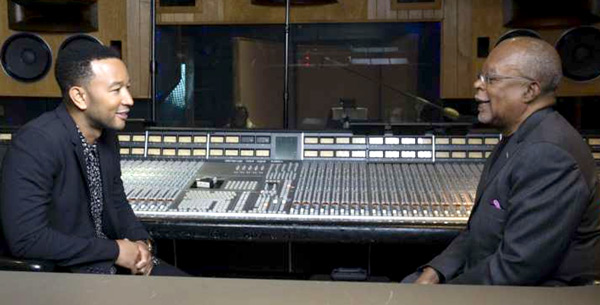 “The Black Church” premieres on PBS, February 16 and 23

“The Black Church” explores a bedrock religious institution with cultural and political influence far beyond church walls, dating back to religious roots in Africa that contributed to what Gates called “a big religious foundational stew.”
“So much of the way we’ve interpreted the Bible and so much of the way we’ve embraced it has been about the struggle,” said Legend, whose family was deeply involved in the church and its music during his upbringing in Ohio. “In the Old Testament, a lot of the doctrine that we hold onto is that that idea of the Exodus, going to the Promised Land, Moses leading his people to freedom and ‘Let my people go’ – these were the mantras that were part of the freedom movement, both freedom from slavery and freedom from Jim Crow.”

“The Black Experience in NYC” Offers Virtual and In-Person Programming Throughout Boroughs, Black History Month and Beyond

NYC & Company, the official destination marketing organization and convention and visitors bureau for the five boroughs of New York City, has launched a new centralized resource for locals and visitors, The Black Experience in NYC, available at nycgo.com/TheBlackExperience.
With new neighborhood guides, videos, interviews, articles, roundups of Black-owned businesses and more to be added over time, this evergreen content hub is dedicated to celebrating the diversity and nuances within New York City’s Black community and all that makes it unique in the world.
Timely events and celebrations will also be highlighted, including dynamic cultural programming, which is being offered both virtually and in person this Black History Month and beyond. NYC & Company has collated 21 Ways to Celebrate Black History Month in 2021 in NYC, below. For more virtual activities, visitors can check out the Black History Month collection at nycgo.com/virtualnyc.