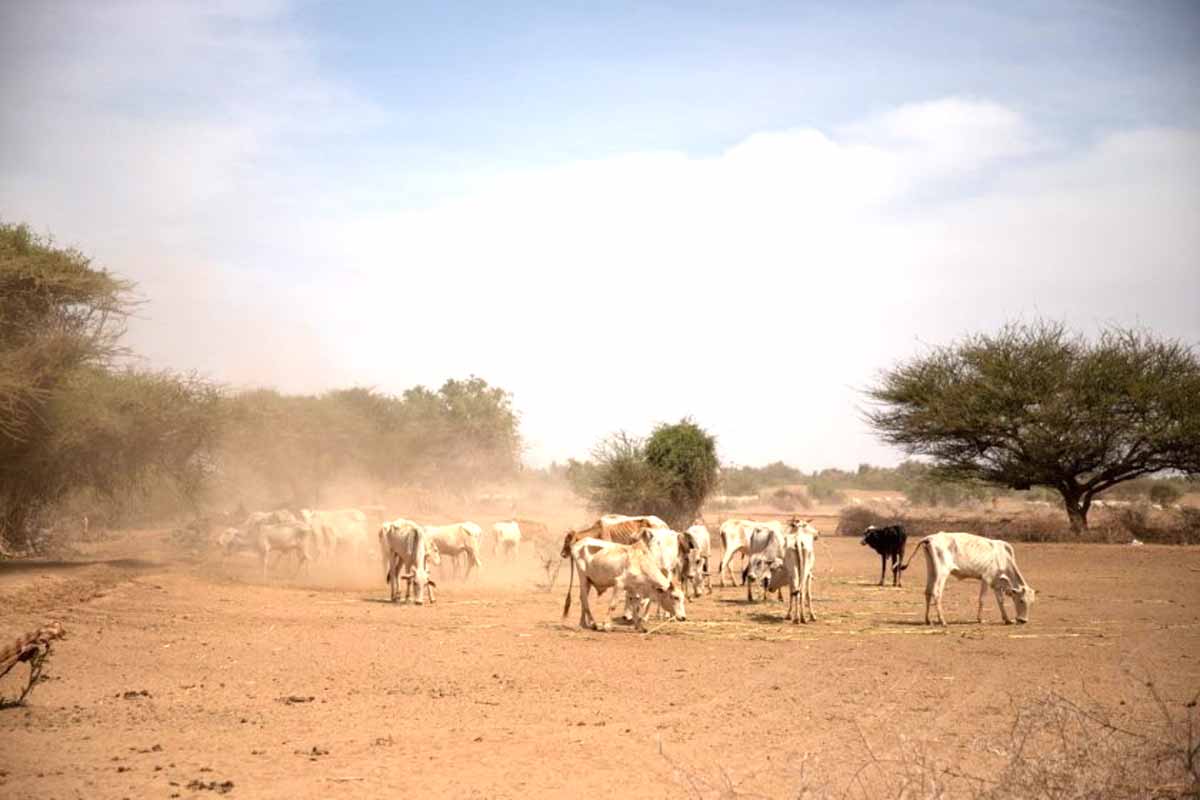 Severe droughts have plagued East Africa in recent years, and experts say they are being propelled by climate change. Photo: Reuters/Feisal Omar

Reuters/Feisal Omar / 28 Mar 2022
In November 2021, scientists at the Famine Early Warning System Network sent out a warning that an unprecedented drought in the Horn of Africa was imminent if poor seasonal rainfall continued into 2022. Tragically, their prediction is turning out to be prescient.
East Africa, and in particular, parts of Somalia, Djibouti, Ethiopia, and Kenya, are experiencing the driest conditions and hottest temperatures since satellite record-keeping began. As a result, as many as 13 million people are currently experiencing acute food and water shortages and a projected 25 million will face a similar fate by mid-2022.

Scientists are blaming climate change for the current crisis in a part of the world that is least able to cope. Africa as a whole contributes to about two to three per cent of global emissions that cause global warming and climate change.
However, the continent suffers the heaviest impacts of the climate crisis, including increased heatwaves, severe droughts and catastrophic cyclones, like the ones that hit Mozambique and Madagascar in recent years.

The current drought hitting East Africa has been particularly devastating to small-scale farmers and herders across the Horn who are already vulnerable to climate related shocks.
This is why the United Nations Environment Programme (UNEP) is currently supporting 22 African countries to use Ecosystem-based Adaptation solutions that are already present in their environment to buttress communities against the deadly effects of climate change.
In the small East Africa nation of Djibouti, for instance, UNEP has undertaken three ecosystem-based adaptation projects, including a drought mitigation project specifically aimed at assisting subsistence farmers and herders whose crops are failing and livestock are dying.

“Ecosystem-based adaptation approaches, such as planting indigenous, rapidly growing species of plants that can have immediate impact on the ground, combined with long-term solutions is incredibly effective at protecting communities from the impacts of climate change,” said Eva Comba, a Task Manager at UNEP’s Climate Adaptation Unit.
She said that restoring already existing ecosystems, by planting more Acacia and mangrove trees, for example, is vital in countries like Djibouti that are vulnerable to droughts, storms, flash-floods and coastal erosion.

Some of the ecosystem restoration Comba and her colleagues at UNEP are working on include planting trees in 15 hectares of land. The greenery includes Acacia trees, which are ideal plants for providing a cooling shade and prevent soil erosion on farmlands—a must in a hot and dry climate like Djibouti’s.

Another key component of the project is building boreholes and underground water tanks that enable subsistence farmers to water their crops in ways that are sustainable over time.
Replanting and protecting already existing mangrove forests is also an important part of UNEP’s ecosystem-based adaptation approach, especially in coastal regions of Djibouti. Mangroves are effective for protecting local communities from storms and supporting alternative livelihoods, such as fisheries and tourism.

Despite the dire impacts of climate change in Africa, there is cause for optimism. UNEP is working with many countries across the continent to ensure that climate change adaptation is embedded in national policy and planning. UNEP is also working with the European Union and The Africa LEDS project to support Low Emissions Development (LEDS) across the continent in order to unlock socio-economic opportunities whilst fulfilling the climate objectives of the Paris Agreement

UNEP also worked with ministers of the environment from 54 African countries to create The African Green Stimulus Programme. It supports a comprehensive green recovery from the COVID-19 pandemic , which has already cost the continent tens of billions of dollars in lost gross domestic product.

However, a lot more work needs to be done to mitigate the worst effects of climate change that is yet to come, say experts. According to UNEP’s 2021 Adaptation Gap Report, the “estimated adaptation costs in developing countries are five to ten times greater than current public adaptation finance flows.” The report also found that the costs of adaptation are likely to hit as high as USD 280-500 billion per year by 2050 for developing countries.

The current drought in East Africa has sent humanitarian agencies scrambling to prevent another famine like the one that hit the same region in 2011 in which an estimated 260,000 people died.

If the April rainy season turns out to be as disappointing as the last three, it will mark the longest drought to hit the region since the 1980s, potentially leading to a famine of tragic proportions.

“At the moment in the Horn of Africa we are witnessing vulnerable communities being disproportionately affected by climate change who are least able to buffer against its impact,” said Susan Gardner, the Director of UNEP’s Ecosystems Division. “To prevent a major humanitarian crisis in East Africa, we must provide urgent humanitarian assistance to those in need, while also thinking long term by investing in ecosystem-based adaptation solutions that will save lives, build green economies and protect the environment.”