Inequality Kills Around the World
Advertisement 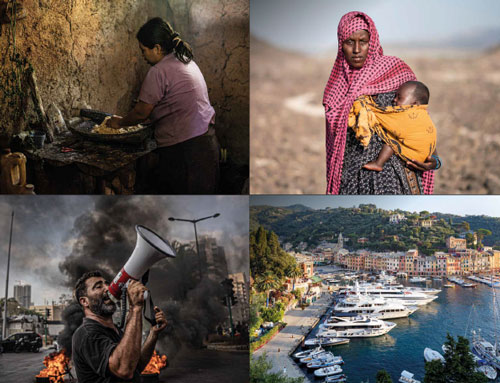 EQUALITY FIRST
Huge amounts of public money, poured into our economies, have inflated stock prices dramatically and in turn boosted the bank accounts of billionaires more than ever before. Huge amounts of public money, poured into vaccines, have in turn boosted the profits of pharmaceutical firms, to the tune of tens of billions of dollars.
Governments must turn this around and refuse to spiral deeper into a dangerous, deadly, and self-defeating downfall into levels of extreme inequality human history has never seen before.

There is no shortage of money. That lie died when governments released $16 trillion to respond to the pandemic. There is only a shortage of courage to tackle inequality, and the wealth and might of the rich and the powerful, and a shortage of the imagination needed to break free from the failed, narrow straitjacket of extreme neoliberalism.
Responding to the power of social movements and of ordinary people around the world, and learning from the ambition of progressive governments, both historically (such as in the wake of the Second World War), and in the wave of liberation from colonialism in many countries, governments must pioneer ambitious strategies fit for the 21st century.

They must actively promote far greater economic equality and pursue gender and racial equality, supported by explicit, timebound, and measurable milestones.
Governments have huge scope to radically change course. Only systemic solutions will do to combat economic violence at its roots and lay the foundations for a more equal world. That requires ambitiously changing the rules of the economy, to more fairly pre-distribute power and
income—ensuring that the market, the private sector, and globalization do not produce greater inequality in the first place—to tax rich people, and to invest in proven public measures.

Locking up Black Lives Matter activist Pamela Moses for registering to vote makes her a prisoner. A political one