Gotta Be in It To Win It
Advertisement 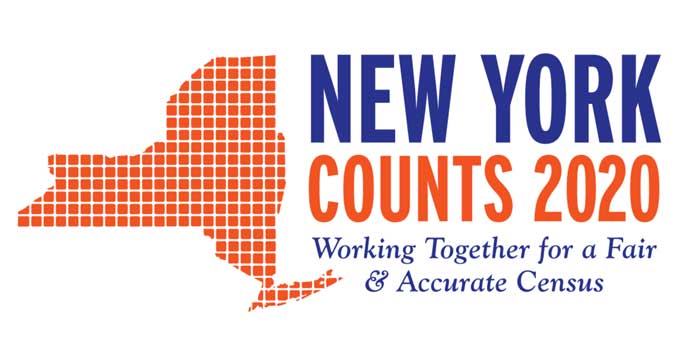 NYC Census 2020 says it will be a Triple 10 for New York City if we all stand up and be counted. It all involves residents of 10 neighborhoods executing a simple task: answering 10 questions in 10 minutes!

Last week, in a strategically creative move, the NYC Census 2020 organizing team announced the launch of the NYC “Census Subway Series” and “NYC Counts” census contest.  The purpose? To mobilize New Yorkers to self-respond to the census immediately, following President Trump’s move to cut the census short by one month. A spokesperson told us, the biggest winner will be New York City, if everyone joins in.

In addition to bragging rights, residents of the competing neighborhoods — as well as any New Yorker who completes the census during the next five weeks — may be eligible to win exciting prizes from Seamless, Lyft, and MoMA as part of the new NYC Counts census contest. Any New Yorker who completes the census starting Monday, August 17 can enter the contest to win one or more of the following prizes:
● $1,000 gift card from Seamless (six total)
● A $50 Lyft credit voucher and annual CitiBike membership (100 total)
● An annual membership to The Museum of Modern Art and MoMA PS1 (a $200 value; 25 total)

All New Yorkers must take a photo of their census completion confirmation page and upload it to the City’s website to enter. Complete rules can be found at nyc.gov/censuscontest. The last day to enter is Monday, September 21, 2020.
“The 2020 Census will be a critical component of New York City’s recovery after COVID-19. That means we must do everything we can to achieve a complete and accurate count, and fight Donald Trump’s attempts to steal the census,” said Julie Menin, Director of NYC Census 2020 and Executive Assistant Corporation Counsel, NYC Law Department. “We thank Seamless, Lyft, and MoMA, for supporting our efforts through incentives that will enrich the lives of the New Yorkers who win great prizes for their families.”

Filling out the census has never been more important. The census determines how the federal government distributes nearly $1.5 trillion every year to states and cities for education, housing, transportation, health care, and much more. New York City relies on census data to make critical decisions every day, including planning for vaccinations, affordable housing, sanitation and transportation services, and countless additional vital programs and services used by every New Yorker.

The census also determines the number of seats New York State has in Congress, as well as the shapes and sizes of local and state legislative districts. If New York does not achieve a complete and accurate count in this year’s census, the state could lose up to two congressional seats, as well as representation in Albany. Given the unprecedented and dire economic crisis New York City is currently facing, the city cannot risk losing any representation in the bodies where decisions about New York City’s economic and political future are being made every day.

It is precisely because the census is the basis on which all states and cities — and in particular Black, Brown, and immigrant communities — can obtain the money, power, and respect that are rightfully theirs that the President has made multiple attempts to manipulate and undermine the census, including his latest move to cut the census short by an entire month. In New York City, this means that the U.S. Census Bureau now must count nearly 1.7 million households that have not yet responded to the census in just seven weeks. Outside of Manhattan, the neighborhoods in New York City with the lowest self-response rates are largely Black, Brown, and immigrant neighborhoods (also true for cities across the country), exposing the true motive behind the President’s move: a partisan, political ploy to rob diverse communities coast to coast of the empowerment and respect the Constitution guarantees them.

The Ire This Time:

Importance of Being Counted