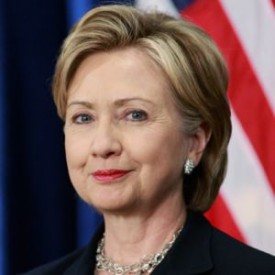 Looking at both political conventions, even for the most cynical, it cannot be argued that this election is six of one, half dozen of the other. This one is for real. The Republicans made a testosterone-driven expression of such white male anger and hate that the ugliness was on full display, and like too much hip-hop music, with its own misogyny, profanity and black male anger, you could feel an undercurrent of domestic violence implicit in the atmosphere. What was good about seeing these Republicans all together at one time is that it made the threat real, like being shown the bogey man does exist.

The Democratic convention is one of women taking charge. First Lady Michelle Obama’s address cut through the chaos and went to the heart of the matter, the children and the future. The theme of love not hate and embracing of diversity expressed throughout this convention, reflected a positive and reality-based vision of where we are and where we need to go.

And yet there is something more, a declaration that it is long past time for the female nature of humanity to be in charge of running the nation. And that the mean-spirited brawn the Republicans offer be replaced by a nurturing consciousness, protective of the young and all others in the national family.

As was said time and time again at the convention and is being repeated throughout the nation, this is an election that will change everything and we have to work to ensure that change is something we can believe in.

Bad Times and Hard Work to Be Done