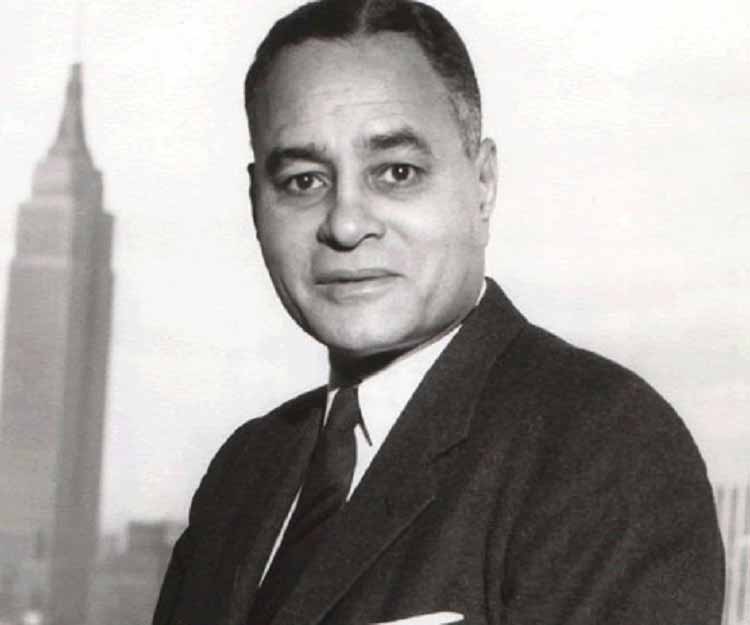 The Nobel Prize Winner Mediated between Arabs and Jews in Palestine

Ralph Johnson Bunche (August 7, 1904-1971) was born in Detroit, Michigan. His father, Fred Bunche, was a barber in a shop having a clientele of whites only; his mother, Olive (Johnson) Bunche, was an amateur musician; his grandmother, «Nana» Johnson, who lived with the family, had been born into slavery. When Bunche was ten years old, the family moved to Albuquerque, New Mexico, in the hope that the poor health of his parents would improve in the dry climate. Both, however, died two years later. His grandmother, an indomitable woman who appeared Caucasian «on the outside» but was «all black fervor inside»1, took Ralph and his two sisters to live in Los Angeles. Here Ralph contributed to the family’s hard-pressed finances by selling newspapers, serving as house boy for a movie actor, working for a carpet-laying firm, and doing what odd jobs he could find.

His intellectual brilliance appeared early. He won a prize in history and another in English upon completion of his elementary school work and was the valedictorian of his graduating class at Jefferson High School in Los Angeles, where he had been a debater and all-around athlete who competed in football, basketball, baseball, and track. At the University of California at Los Angeles he supported himself with an athletic scholarship, which paid for his collegiate expenses, and with a janitorial job, which paid for his personal expenses. He played varsity basketball on championship teams, was active in debate and campus journalism, and was graduated in 1927, summa cum laude, valedictorian of his class, with a major in international relations.

Ralph Bunche’s enduring fame arises from his service to the U. S. government and to the UN. An adviser to the Department of State and to the military on Africa and colonial areas of strategic military importance during World War II, Bunche moved from his first position as an analyst in the Office of Strategic Services to the desk of acting chief of the Division of Dependent Area Affairs in the State Department. He also discharged various responsibilities in connection with international conferences of the Institute of Pacific Relations, the UN, the International Labor Organization, and the Anglo-American Caribbean Commission.

In 1946, UN Secretary-General Trygve Lie “borrowed” Bunche from the State Department and placed him in charge of the Department of Trusteeship of the UN to handle problems of the world’s peoples who had not yet attained self-government. He has been associated with the UN ever since.

From June of 1947 to August of 1949, Bunche worked on the most important assignment of his career – the confrontation between Arabs and Jews in Palestine. He was first appointed as assistant to the UN Special Committee on Palestine, then as principal secretary of the UN Palestine Commission, which was charged with carrying out the partition approved by the UN General Assembly. In early 1948 when this plan was dropped and fighting between Arabs and Israelis became especially severe, the UN appointed Count Folke Bernadotte as mediator and Ralph Bunche as his chief aide. Four months later, on September 17, 1948, Count Bernadotte was assassinated, and Bunche was named acting UN mediator on Palestine. After eleven months of virtually ceaseless negotiating, Bunche obtained signatures on armistice agreements between Israel and the Arab States.

Bunche returned home to a hero’s welcome. New York gave him a “ticker tape” parade up Broadway; Los Angeles declared a “Ralph Bunche Day.” He was besieged with requests to lecture, was awarded the Spingarn Prize by the NAACP in 1949, was given over thirty honorary degrees in the next three years, and the Nobel Peace Prize for 1950. www.nobelprize.org/

The Nobel Peace Prize for 1950
Ralph Bunche believed in the work of mediation in Palestine. The Nobel Committee referred to one of his lectures, in which Bunche “speaks of the qualities mediators should possess: ‘They should be biased against war and for peace. They should have a bias which would lead them to believe in the essential goodness of their fellowman and that no problem of human relations is insoluble. They should be biased against suspicion, intolerance, hate, religious and racial bigotry’.” Un.org

The Stories We Refuse to Tell