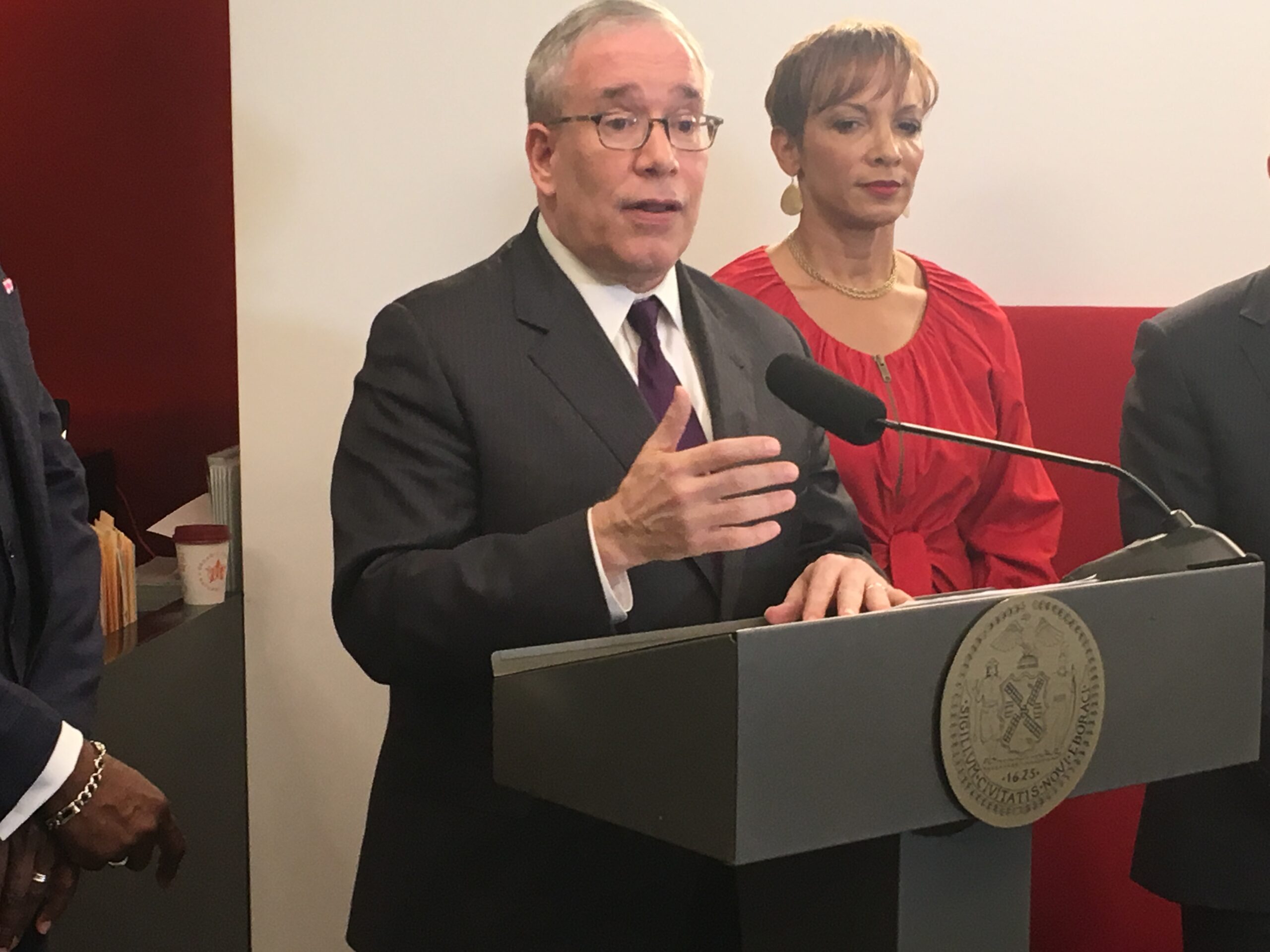 New York City Comptroller Scott Stringer released his third report on how well the city is doing in diversifying the workforce, and the grade as usual, was not good.   In giving the city a D+ rating for the second year in a row, the “Making the Grade” report says, “As much as we talk about moving forward, this report demonstrates that at least for the last fiscal year, we moved backwards and have a long way to go.” “The share of city procurement with minority and women-owned businesses dropped for the first time in years” said the comptroller, with only 4.8% going to all M/WBEs in FY16 and an infinitesimal .3% going to black-owned businesses.

At a meeting prior to the press conference in the offices of the Constructomics construction company, company principals Trevor Prince and Glenn Levey spoke of the importance of mentorship in acquiring the knowledge to break through to the large jobs. And as a good-sized firm themselves with $100 million in bonding, they said one of the ways to build small businesses is to have M/WBE firms as prime contractors on jobs “because we go out of our way to achieve these goals” said Gerald Levey, a principal of the firm. They suggest that when you have a billion-dollar project such as at La Guardia Airport, that an M/WBE company be coupled as a prime contractor with the major company, because when you “earmark” jobs for M/WBE as a prime contractor, it naturally follows that other M/WBE firms will grow.

During the press conference, Stringer said that raising the minimum wage to $15/hour is just one part of the solution to economic equality, the other is small businesses and how their development will “change the way our economy travels throughout the city, how it will impact every neighborhood, every business, every kid” in generating jobs and “creating the opportunity for business development across our five boroughs in all of our communities”.

A reporter asked why is there such a disconnect between the efforts, and so many certified firms not getting the spending. Stringer said, “Much to my shock, a number of years ago I learned just because you’re certified, doesn’t mean you get contracts–80% of certified firms do not get contracts with the city”. And then expressing exactly the feeling of certified firms, he said, “I think there has been the false expectation that you do the right thing you get certified, and then you start knocking on the doors of these city agencies, the wall goes up and there’s no response”. (Full-disclosure, Our Time Press is MBE certified.)

What is needed the comptroller said is a full-time chief diversity officer. “There is no way to get around it. You cannot have one staff member doing five different things at once. In fact, you need a diversity officer in each agency because this work is so critical, and because of the bureaucratic roadblocks to opening up the agency’s contracting process being certified does not mean you’re going to make it, in any way, in this city.”

Reinforcing that point the report says: “Although there are roughly 540,000 minority-owned and 414,000 women-owned firms in New York City, only 4,527 – less than 1 percent – are certified with the city. Further, the comptroller’s analysis found just 994 of these certified firms received city spending in FY16.”

The comptroller said he agrees with city officials who say the “aspirational goal” for M/WBE spending should be 30-35%. “But let’s be clear, we are going at such a slow rate that we will get to that goal sometime in 20-30 years from now”, but he says that projection doesn’t mean much and “you cannot have a goal when there is no process in place to achieve that goal. So you say 30%, I say 30% when? 30% if ever? Because what we’re seeing here today is us going backwards and not forwards”.

“I happen to think this is the most challenging and difficult issue we face, because it’s very hard to turn out ten thousand people for a rally on procurement reform. Nobody ever says “No Procurement, No Peace”. So we need to organize in a way that builds a movement for accountability and transparency and that’s why we need a chief diversity officer.”