Can We Just Take a Moment to Give Halle Berry Her Flowers?
Advertisement 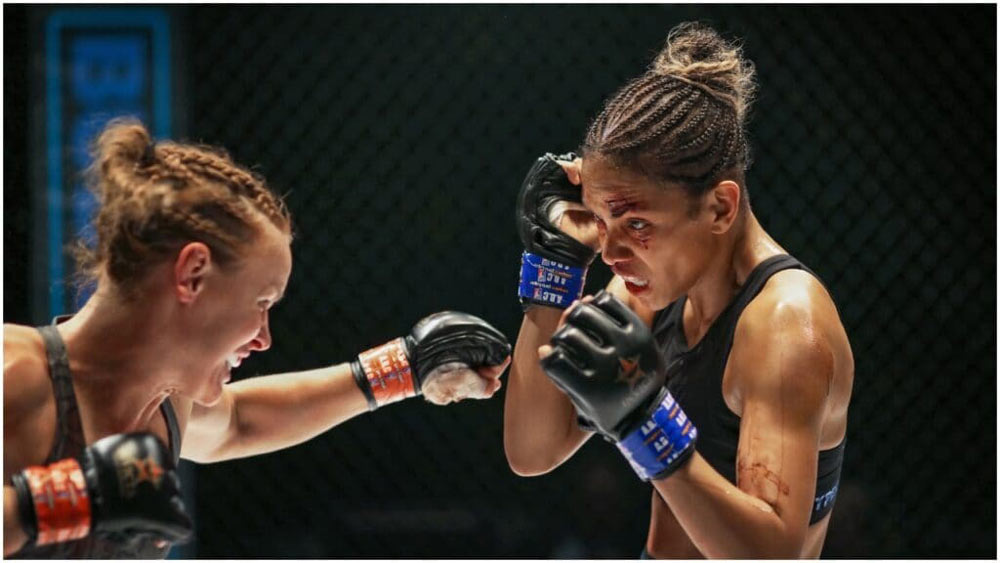 By Touré
It’s time to celebrate the legendary Halle Berry. She’s back on top. She was a superstar who could win almost any role in the 90s and early 00s and she won the Oscar for Best Actress in 2002, but at some point, in the decade after that her career went kinda cold. She continued working, but she wasn’t getting the big opportunities.
Then she made her own lane — she found a good script about a washed-up MMA fighter who returns to the octagon. It was meant for a 21-year-old white actress, but she had it reshaped to fit an older Black woman. She pitched it around, but no one bit. It’s hard to resurrect a Hollywood career, even when you’ve got a glittering resume like Berry’s. Studios and audiences are constantly on to the next.

So Berry decided to direct the film herself. It’s called Bruised and it’s a great, gritty story about an old MMA fighter returning to the ring and a mom dealing with a child who does not speak. After it was made Netflix bought it and now it’s one of their biggest films of the year. Berry now has a top-ranked film on the streamer, a solid place in the battle for Best Actress and a new multi-film deal with Netflix. She’ll be directing and starring in films for years to come. Once again, her career is en fuego.

It’s really interesting that Berry is known as one of the most beautiful actresses of her time and yet most of the biggest moments of her career come when she puts her beauty aside. She first exploded in Jungle Fever as a washed-out crack addict. She won an Oscar for Monster’s Ball as a waitress and the wife of a criminal whose execution sets the story in motion. Now she’s back thanks to a film where she’s a fighter who spends most of the film with the black eye or the puffy face of someone who just got out of a fight.

Bruised is powerful and gripping, the story of a fighter and a mother who’s down on her luck, needing to resurrect her career all while living on the edge of society. The film has Berry’s character Jackie Justice fighting at home with her abusive and toxic husband, fighting in the world to get respect, and of course fighting in the ring. It’s inspiring to see her grit and her resilience and her toughness while all sorts of punches are coming at her from all angles.

In many ways it’s a typical sports drama — she’s lost in life and has no money, but she still has talent, so she finds a great coach, she works hard in the gym, she has a crazy fight with a tough opponent that goes down to the wire. But it’s inspiring to watch Berry go through all of this after all she’s been through in her long career. She’s much more than just beautiful, she’s charismatic in a way that shines through even when she has a black eye.

This is not just great for Berry, it’s inspiring for all of us who are pursuing creative careers, a moment where you see someone saying if the institutions won’t make space for me, then I’ll find a way to make space for myself. If you, creative person, aren’t happy with the chances you’re getting, you could try to create opportunities for yourself. If you prove you can do it on your own, then you’ll see if you can force some doors open.

When Berry’s career was stagnant and a project she loved wasn’t getting made, she found a way to direct it herself. You may not be trying to make movies, but perhaps you can do your own version of this by using Patreon or Kickstarter or Substack or other tools like those to give you the space to do your thing in public and show people how great you are.

Advertisement
Related Topics:halle berry
Up Next

The Broadway Premiere of Trouble in Mind Starring LaChanze