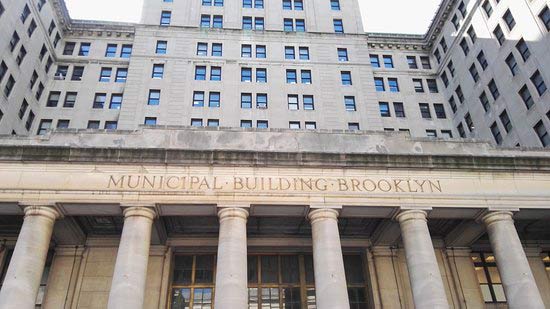 A Monumental Legacy: Brooklyn is leading the world in celebrating the life of Justice Ruth Bader Ginsburg. As of this printing, the Brooklyn Law School has named a Chair in her honor; Governor Andrew Cuomo has confirmed the future dedication of a statue potentially to be situated in Brooklyn Bridge Park overlooking The Statue of Liberty; and Borough President Eric Adams, Tuesday, announced the fulfillment of his and borough community leaders’ two-year quest to rename the Municipal Building after the distinguished Flatbush native. Adams said: “Justice Ruth Bader Ginsburg was a legal giant, a staunch advocate for gender equality, a fierce believer in the promise of our country, and a proud daughter of Brooklyn. Two years ago, we launched a campaign to recognize her countless contributions to our country by re-naming the Brooklyn Municipal Building after her. With Justice Ginsburg’s recent passing, this is a bittersweet moment. But I take heart in knowing that young girls and boys who pass by the Ruth Bader Ginsburg Brooklyn Municipal Building will know her name, learn from her example, and pick up the baton to run their own relay toward a more just, equitable, and fair America. All of us who looked up to her are grateful she is finally getting the recognition she deserves.” More words of Praise for the Life and Legacy of Judge Ruth Bader Ginsburg appear on Page 8.

Cast Your Ballot at Barclays Early Voting and Election Day