As the Pandemic Recedes, Millions of Workers Are Saying ‘I Quit’ 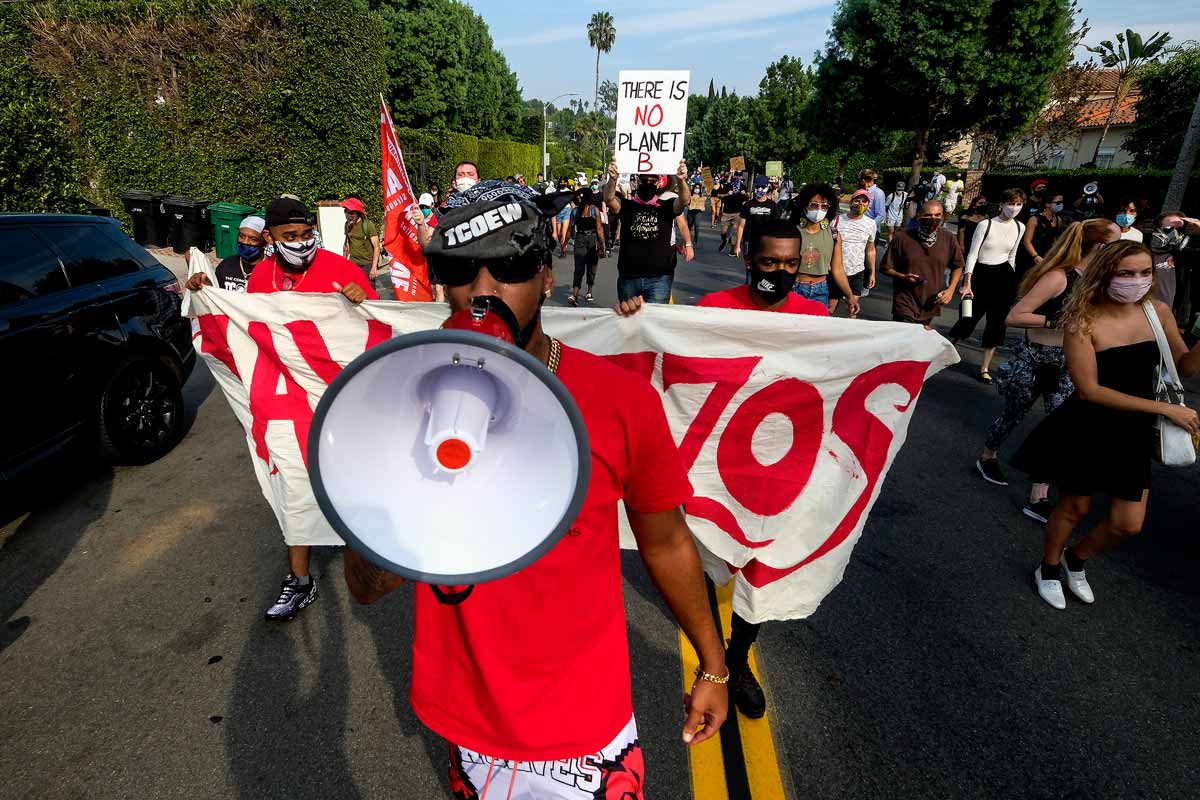 By Fern E. Gillespie
Early in the COVID pandemic, Christian Smalls, a worker at Amazon’s warehouse JFK8 in Staten Island, planned a small walkout over safety conditions at the fulfillment center. It is Amazon’s largest center in New York City. Saying he had violated quarantine rules by attending the walkout, Amazon fired Smalls. Then, Amazon’s chief counsel sent out a racially coded email describing Mr. Smalls as “not smart, or articulate.” The email scandalously went public.

It didn’t deter Smalls and his best friend from the warehouse, Derrick Palmer. They continued with their sights on unionizing. Without the affiliation of a national labor organization, for almost a year the friends rallied for the Amazon Labor Union. Amazon is the second-largest employer in the U.S. with over 1.1 million employees. Last February, Our Time Press was at Brooklyn’s rally planned by the Southern Workers Assembly. The protest rally was one of 50 held at Amazon sites across the country. Demonstrators rallied in solidarity with workers at Amazon’s Bessemer, Alabama plant who were fighting to unionize.

However, Alabama is not heavily union like New York City and the vote failed, but a do-over has been ordered. Last week, Amazon’s New York City workers cast 2,654 votes — or about 55% — in favor of a union, giving the Amazon Labor Union enough support to pull off a victory.
This Wednesday, President Joe Biden expressed support for efforts to unionize Amazon workers. He spoke at the national conference of North America’s Building Trades Unions. “The choice to join a union belongs to workers alone,” he said. “By the way, Amazon, here we come. Watch.”
Our Time Press reached out to New York labor and political leaders on their insights regarding this landmark union victory headed by Black community organizers.

Charles Jenkins, President, New York Chapter of Coalition of Black Trade Unionists and Union Organizer of TWU Local 100
“It’s important for all workers to have the right to organize, to have the right to a union. We know that is the gateway to the middle class. Unions come with better wages, better benefits, and what is critically important it comes with a safe workplace. What good is it if you’re making great wages and you’re at risk when you come to work? A unionized workforce will bring those protections. In marginalized communities and communities of color, we need to make sure that workers are not exploited. Not exploited in being paid differently for doing the same job.”

Vinson Verdree, December 12th Movement
“There is a resurgence of working-class people in the United States and around the world understand their value and the wealth that our labor generates. We have to realize that Black labor is the source of this country’s being. Without Black labor, there would be no America, because our labor built this country. And we must realize that our labor has value. Those who set up the system realize it and try to keep people down. But, when the masses of Black working-class people realize that the power, like Adam Clayton Powell said “is in your hand” and when we use that power nothing can stand in our way.”

Tristan Dutchin, member, Amazon Labor Union
“The important thing about me being involved with the union is growing as an individual, spreading the word out, helping other workers, giving back to the community, and speaking for what is right. Every job corporation needs a union for higher pay, better working conditions, and better job security. We are making a difference in this world. Be inspired, take initiative action to unionize wherever workplace you are.”-

Charles Barron New York City Council Member, Brooklyn
“What do I think about the diligence of Christian Smalls and Derrick Palmer in successfully organizing the Amazon Labor Union? I hope this is contagious. I hope it catches on all over the country. Not just at Amazon, but Walmart as well. And, all of these corporations that are fighting against unionizing. These two brothers need to be highly commended. They need to be recognized throughout our communities because they have set the model of what workers should do in a place to organize. Whether you organize the workers voting or organize around legal assistance. Whatever it takes they have set the example. They are champions of the Black working class.”

As the Pandemic Recedes, Millions of Workers Are Saying ‘I Quit’