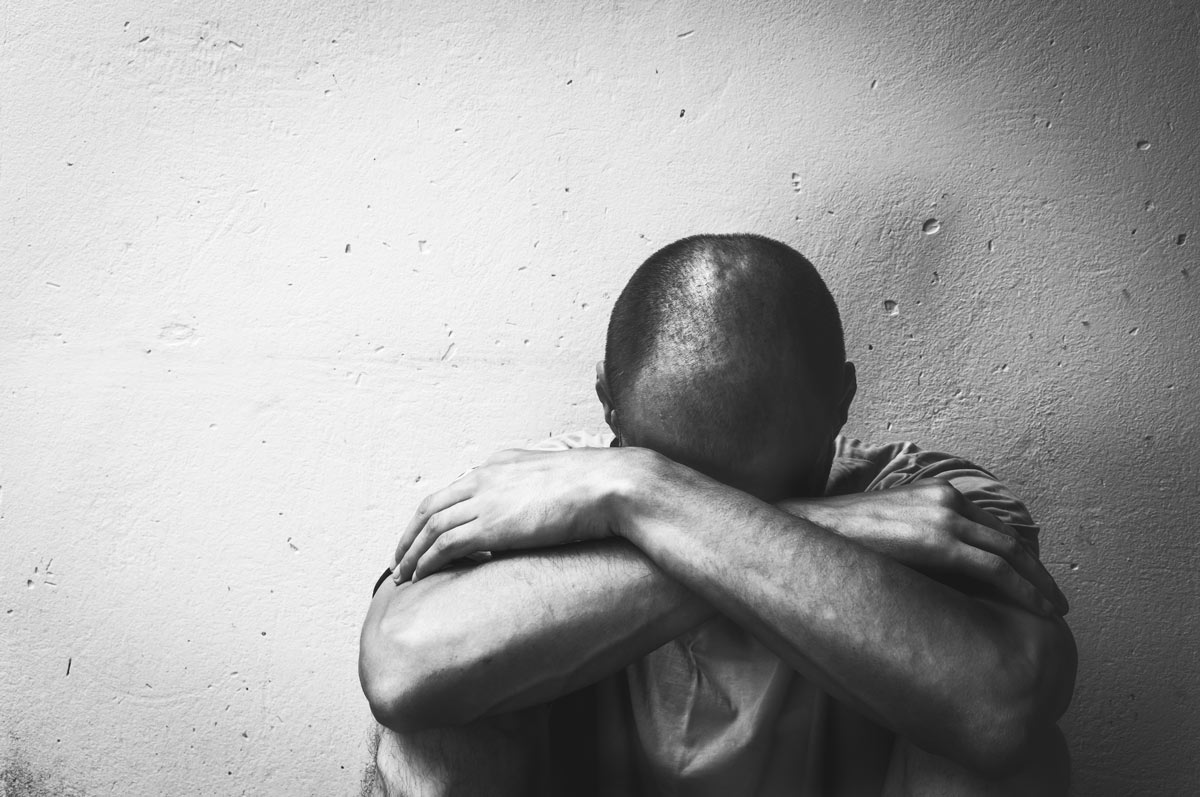 Coming up this Weekend, Saturday, Nov. 5, at Maysles Documentary Center

Studies have shown that men do not “open up” and talk about their experiences with mental illness issues. Still, on Saturday, November 5th, in Harlem, Reel Sisters of Film Lecture Series is presenting a talk open to everyone, curated by the mental wellness advocate Patrice Bradshaw on BLACK MEN, TRAUMA, AND MENTAL ILLNESS. Christopher Rogers, a certified peer specialist, will converse with Brad Walrond, the author/poet/filmmaker, who shares his story on healing from depression.

The event will take place at the Maysles Documentary Center, 343 Lenox Avenue, near 127th St., from 3:00-4:30 pm. It is Part II of the “Uncovering Scars: Black Mental Health, Hope and Recovery Through Black Film” panel Series for Reel Sisters Ms. Bradshaw developed. Part One, focusing on women, was presented last week. This coming Saturday, November 5, the series explores trauma experienced by Black men and its connection to mental illness.

The program will open with a short film on hip-hop artist Wayne whose experiences with trauma, and mental illness will be screened. The Open Community Conversation and Q&A will follow, with audience members encouraged to share their mental health struggles.
Last weekend, we asked Walrond to comment on what forces could help an individual out of a crisis.

“When it comes to mental health, art, music, sport, hobbies, life work, and faith can be lifesaving,” he shared. “Venues and communities where your gifts and voice can be heard and nurtured offer light into dark, even unnamed spaces.

“Still, even with creativity, special vigilance is required. Expression and faith do not always equate to healing; sometimes, we learn there just as well to hide our suffering in plain sight from ourselves and loved ones.
“Sometimes the dogma attached to faith communities and the entrapments and excesses often associated with fame and notoriety fuel isolation, shame, and indulgences, making our mental health challenges even heavier burdens to bear.

“Worse yet, all these positive spaces and opportunities can also be the sites of horrific emotional, physical, and spiritual trauma. Even so, therapeutic and medical intervention is necessary and rarely sufficient for black men.
“Our wholeness comes nested in culture and community in one form or another. We name our joys, pains, and struggles and learn to heal together inside our civic, faith, and creative traditions.
But then there’s the stigmatization of mental health crises. How can that be changed?
He told us compassion, empathy, understanding, and respect are the “key elements” to the answer. “I truly believe that the stigmatic aspect may never vanish until we, as a society, can genuinely embrace those four elements of social engagement and humanity. However, I see the building of pride, reinforcement and education within our community contributing to overshadowing stigma.

“I see those elements turning the voices of discrimination down more and more as providers and peer agencies, coalitions, and societies continue to work along government to reshape our societal infrastructure.”
Walrond further noted, “Too often and for too many, the lived notion of mental health is something one is only asked to confront after something has already gone terribly wrong.
“So, what do we do? We need to communicate to boys and men early on that mental health is an affirmative part of one’s daily relationship with self and others rather than a pejorative or problematic part.

“Boys and men learn through experience and reinforcement that there are regimens of self-care that carry real consequences for how we feel about ourselves and for how the outside world receives us –whether it’s the kind of shoe or sneaker we wear and care for, or a smooth haircut, a nice car, or a nice cologne.

“For boys and men, this sort of regimen-making needs to be naturally extended to areas of personal mental health and well-being. We need to teach men to ask themselves what their relationship to trauma is; how would you characterize your mood; how are you in the habit of self-soothing when you are hurt or feel vulnerable? We need to help boys and men realize that these are ordinary, daily questions we can ask of ourselves and the people and communities who love us.”

About the Conversationalists
Chistopher Rogers, Facilitator
Christopher Rogers is a Certified Peer Specialist, CarePATH Coach, Program Director for Baltic Street AEH, Inc., and a New York Peer Conference Board Member and facilitator for the Healing through Hip Hop paneling committee supported by OMH. For the last 15 years, Christopher Rogers has been working with collaborating, supporting, and moving people and communities forward with his ideas for a better way to live and do things. From 25 years in fashion as a men’s wear designer to 20 plus years touring the world as an entertainer in Hip Hop to becoming the COO of the community-based F.O.O.D. Foundation to becoming the Director of the Adult Home Initiative program for Baltic Street AEH, Inc. and facilitating the monthly men’s support groups for Autismandwe.org, all while living with and journeying through my mental health concerns, battling ESRD (End Stage Renal Disease) on Dialysis and undergoing a kidney transplant mid pandemic to this forum and stage.

Brad Walrond, Panelist
Brooklyn native Brad Walrond, currently a Bronx resident, is a poet| author | filmmaker | mixed-media conceptual, performance artist, and activist. Walrond’s forthcoming debut collection Every Where Alien, on Moore Black Press, Harper Collins, locates the author’s own black queer exploration of the world and how these experiences map onto the discovery of co-occurring and overlapping art and resistance movements among New York City’s underground communities. Communities like the New Black Arts Movement, the New York Ballroom Scene, Black Rock Coalition, the Underground house dance and music community, and the black queer political arts and activist movements that arose in response to racism, homophobia, transphobia, and the HIV/AIDS pandemic. Brad began writing and performing at age 24 when commissioned to participate in a theater production curated by Harry Belafonte. He soon became one of the foremost writers and performers of the 1990s Black Arts Movement centered in New York City. His poetics and praxis have taken him across the country and as far as São Paulo, Brazil, and Taipei, Taiwan.

Patrice Bradshaw, Curator
A noted documentarian, writer, film professional, and festival organizer, Ms. Bradshaw is the Official Curator of Reel Sisters of the Diaspora Film Festival’s panel series. Her first-person story for Our Time Press appeared in this paper on Oct. 27. More will be featured on Ms. Bradshaw and her work in upcoming issues.

Of note, last week, a pertinent and positive comment Patrice Bradshaw wrote for the series was incorrectly attributed to other writers by Our Time Press. We repeat it here to correct the error and to communicate its encouraging message to both men and women experiencing issues. Ms. Bradshaw wrote, “Mental illness does not have to be a death sentence. It does not have to mean a lifetime of despair and devastation. People with mental health diagnoses do not resemble the tired trope of the “crazy,” difficult, psychotic person who is often portrayed in the media. Specifically, the portrayals of Black people with mental health issues are often inaccurate, misunderstood, stigmatized, and demonized, if shown at all.
“Yes, mental illness is a painful, dark, scary, and often lonely journey, but there is also support and hope. These panels will present the revolutionary idea that recovery is not only possible but can be inevitable. Blowing up stigma will show the diagnosed as fully human, and not rely on inaccurate, stereotyped portrayals.”