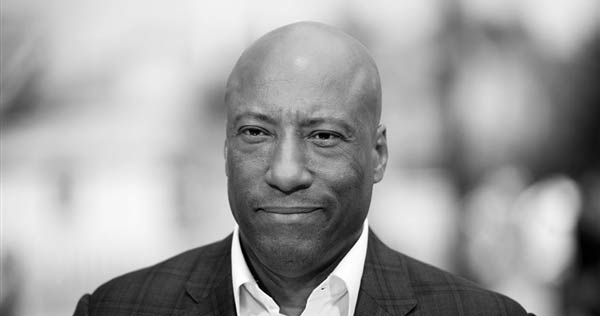 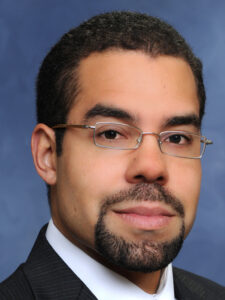 Arturo Schomburg had a mission. The Afro-Puerto Rican scholar wrote history and preserved rare books, sources, and documents on the history of Black people throughout the world. “The American Negro,” Schomburg wrote in 1925, “must remake his past in order to remake his future.” Schomburg (1874-1938), devoted his life to portraying Black people as influential in world affairs and culture.
The shrine to Schomburg’s life’s work may be in Harlem (a research center and library, built from his massive collection of materials, that bears his name), but his soul resides in Brooklyn. He started his historical collection in the house where he lived at 105 Kosciusko Street, in Bedford-Stuyvesant. He died in Brooklyn. He is buried at the Cypress Hills Cemetery.

For Schomburg, lessons from Black people’s past were too important to limit them to readers of scholarly books and students in academic classes. In 1936 Schomburg began publishing a regular column in New York City’s premier Black newspaper, The New York Amsterdam News called, “Our Pioneers.” “We are concerned in bringing to the minds of the readers of The Amsterdam News a few men whose life-work should be honored and remembered for the services they gave,” Schomburg wrote in the debut article. Schomburg’s “Our Pioneers” series in the Amsterdam News brought history classes to the Black masses.

Our Time Press will revive this tradition. Its “Our Pioneers” series will concentrate on Brooklyn history, but include other places, too. Schomburg highlighted histories of men. This series includes histories of Black women. Our Time Press has long shared Black history with its readers. This series continues that work. The hope for this new “Our Pioneers” series is that readers can gain a clearer understanding of where we have been, where we are, and where can go.

Despite a record of enslavement as old as New Amsterdam itself, a handful of Black people in New York City’s colonial period lived as whites’ equals, and sometimes as their superiors. The life of Brooklyn’s Anthony Jansen Van Salee*, a pioneering landowner in the 1630s, uncovers an important history of individual Black empowerment, and reveals a time when racism did not completely limit a Black person’s social opportunities or public expressions.

Also known as “the Turk” for his Muslim faith and North African heritage, in 1643 Anthony Jansen Van Salee received a ten-year lease for 200 acres of land in the Gravesend settlement from New Netherland’s governor, Wilem Kieft. When, in August 1657, Peter Stuyvesant officially chartered New Utrecht as an independent town in the place that later became Brooklyn, Anthony Van Salee was one of two men granted multiple plots of land. This made Van Salee the first African freeholder in Brooklyn.

In fact, so well-known was Van Salee that seventeenth century descriptions of New Utrecht’s boundaries mentioned his land specifically. For years, property records referred to the areas as the “Turk’s land.”

His father, Jan Jansen, originally from the Netherlands, had been, according to Brooklyn historian Thomas Campanella, “a notorious privateer on the Barbary Coast, a convert to Islam, and ruler of a short-lived city state called Salé in contemporary Morocco.” Little is known about Anthony Van Salee’s mother, but likely, as the historian Michael Gomez writes, she, “was African, North or otherwise, as Anthony and related persons were consistently viewed as ‘mulattoes.’ ”

When Anthony Van Salee arrived in New Netherland around 1630 three characteristics defined him: he had recognizable African heritage; he was identified as Muslim; and he had married a German-born woman, Grietje Reiniers, whose reputation for raucous behavior and lewd language shaped Van Salee’s public life in New Amsterdam.

Gomez’s detailed study on the history of Black Muslims in the United States highlights how Van Salee quickly established himself as an “excellent and prosperous farmer” and “one of the largest landholders in Manhattan.” But strife shaped his life. He and Grietje fought constantly with their neighbors. Van Salee consistently spurned people’s expectations of how he should behave.

More law suits followed. Of the approximately fifty civil suites and forty-three criminal cases that the New Netherland colonial court heard between April 22, 1638 and April 28, 1639, fifteen involved Van Salee and his wife. In a place with only about 2,000 people, Anthony and Grietje stood out as prominent targets of public scorn.

Regardless, Anthony Van Salee and Grietje took guff from no one. Anthony squabbled with anyone, for almost any reason. He seemed never to tire of going to court to defend himself.
The New Netherland Institute summarizes that other residents brought Van Salee before judges on charges that he stole wood; paid for wages with a dead goat; allowed his dog to kill a neighbor’s pig; pointed a loaded gun at a slave overseer; threatened a debt collector by saying, “I had rather lose my head than pay him in this wise, and if he insist on [having] the money it will yet cause bloodshed;” and slandered numerous people.

If Van Salee constantly settled disputes in the court of law, Grietje seemed more comfortable settling scores in the court of the streets. According to testimony from Philip de Truy, Van Salee’s neighbor in Manhattan, a group of sailors onboard a ship once called Grietje a whore, “whereupon she lifted her petticoat and [turning to] the crew pointed to her behind.” Rumors swirled about Grietje’s sex life. People testified that Grietje had once “in her house measured the male members of three sailors on a broomstick.” Undoubtedly, Grietje’s bad reputation stemmed from her and Van Salee’s willingness to snub the clergy, flout the colony’s rules, and irk almost everyone around them.

Van Salee refused to make back payments to the minister, to apologize to people he offended, and to denounce his wife’s scandalous reputation. His insistence on standing up for himself resulted in his and Grietje’s banishment from Manhattan. But Van Salee capitalized on these events and attained the land in New Utrecht.

He flouted the court’s rules again when, in 1643, he violated his removal and bought land on Bridge Street in New Amsterdam. In later years he became a merchant and money lender, which further stoked the ire of neighbors, and landed him in court.

Still, until Grietje’s death around 1669, and Van Salee’s death in 1676, when he was around the age of 69, they prospered. Despite their reputations, their four daughters married into “respectable” New Amsterdam families. Cornelius Vanderbilt, the powerful nineteenth century railroad tycoon, was a direct descendant of Anthony Van Salee.

While there is no evidence that he practiced Islam, a descendant sold a pristine copy of a Koran that had remained in the family for generations. The Holy book’s excellent condition is evidence that Van Salee at least respected his religion. He may have refused the colony’s demands to pay the Christian minister’s salary because of his Muslim identity.

Whether people treated Van Salee poorly because he was of African descent and married to a German woman is impossible to tell. If they did, such discrimination did not stop Van Salee from standing up for himself, his wife, and exercising his autonomy and rights as a full and free person.
Anthony Jansen Van Salee’s life reveals how one person of African descent, during the earliest years of colonization in New York City, asserted himself as an independent, outspoken, strong, ambitious individual. He did not cower, cave, bow or scrape before others; nor did he conform to others’ notions of respectability. Prickly though his personality may have been, he seemed to consistently demand people’s respect.

Van Salee, a pioneering landowner in southern Brooklyn, showed through his presence in historical records how the city’s first free Black people exercised freedom and equality as self-evident truths. Generations of enslavers and bigots built systems of ideas, laws, and customs to undo the social conditions that enabled a person like Van Salee to exist, and to lessen the likelihood that Black people asserted themselves as free, equal, and deserving respect.

Anytime Black Brooklynites demand their rights, express themselves openly and unapologetically, or exercise power in a prominent way they contribute to history that a person like Van Salee represented almost four hundred years ago.

Histories of enslavement are important aspects of the Black past in America. So, too, are histories of Black people acting, demanding, and asserting their power to exist as human beings, despite odds stacked against them, and, like Brooklyn’s pioneer, Anthony Jansen Van Salee, in whatever manner they choose.

Dr. Brian Purnell researches and writes on African American history in New York City. He teaches history at Bowdoin College in Brunswick, Maine. Email him at bpurnell@bowdoin.edu and follow him on Twitter @Bri_P_History