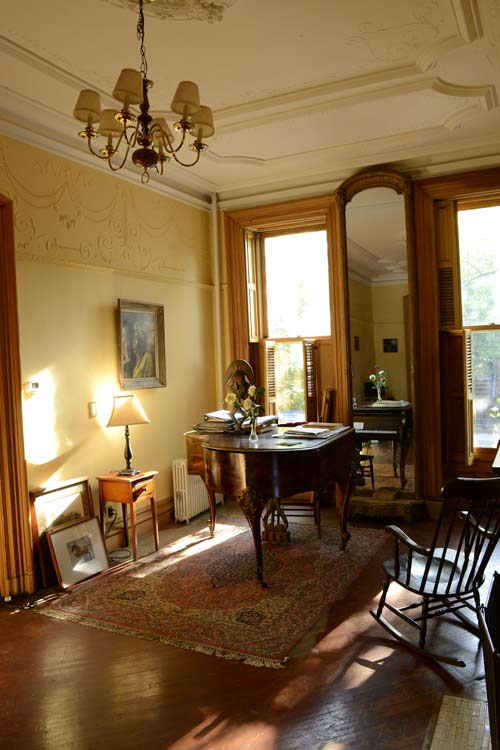 “I will not be voting for a bill that hurts homeowners or our affordable housing stock, especially in this climate!” Councilman Robert Cornegy, Jr. (D-36)
2020 has been a year like no other. There is uncertainty and fear around kitchen tables about health and economics, and fear and uncertainty about the direction of the country that extends around the world. For homeowners In New York City, this uncertainty is exacerbated by rules on gas line inspections and fire sprinklers that have potentially devastating costs.

On the heels of the city announcing a plan halting the displacement of Brooklyn residents, comes the news of a law that would hasten displacement and destroy communities.
At the hearing held yesterday regarding the proposed Bill, INTRO-1146B on fire sprinkler regulations for buildings as small as 3 stories, Councilmember Robert Cornegy said he had received a lot of concern from constituents. He had to explain that there was no vote being taken at that time, that this was a hearing to receive input from officials of the building and fire departments, residents and other stakeholders to discuss the impact of the proposed law. That impact could lead to structurally compromising historic properties, foreclosures and people losing homes and tenants losing apartments all over the city.
As we go to press, the following from change.org provides background to this developing story on page 3.
The proposed local law would require owners of residential buildings over 40 feet tall (12.192 m) to install a system of automatic sprinklers by December 31, 2029. Building owners would need to file an interim report describing a plan for compliance one, five, and nine years after the effective date, or until they have filed a final report indicating full compliance.
In an attempt to fix the loophole that allowed Trump Tower to avoid installing fire suppression equipment, city council’s proposed Int. No. 1146-B is mandating that homeowners in buildings that exceeds 40 feet (like a typical brownstone/rowhouse-type structure) install fire sprinklers. This includes brownstones and rowhouses. This law will have a catastrophic impact on lower-density neighborhoods where owner-occupied multi-family buildings are common.
Who / How will this impact you?
This law will disproportionally affect owner-occupied structures (many of which are in minority neighborhoods where clusters of owner-occupied, and 1-3 family townhouses are common). There is currently NO language in the legislation that would omit 1-2 family homes.
The impact will be felt across all (5) boroughs in low-rise multifamily neighborhoods where it will translate into tenant displacement and higher rents, including displacement of rent controlled and rent stabilized tenants while such dusty work is under way.
Historic Home Interiors: In order to install a compliant sprinkler system with this legislation, historic plaster ceilings, coffered ceilings, decoratively paneled walls will be damaged and will require extensive restoration. The integrity of these historic details will forever be structurally compromised.
Financial Impact on Homeowners:
The cost of installing a standalone sprinkler system is estimated to be $60K-$100K for a typical brownstone/rowhouse, which does not account for the wall / ceiling repair and general restoration cost. In addition to this structural reinforcement of the beams throughout the home will be required as the pipes are channeled into the existing joist.
Non-compliance with the law will result in punitive fines that will cause residents to sell or face liens put on their properties.
Sprinklers require a great deal of equipment maintenance servicing, which is another added cost that would be placed onto the homeowners.
There is currently no language in the legislation that will provide financial help to homeowners.
Why is this legislation problematic?
There are other less drastic and more affordable solutions to address fire safety, such as mandatory fire extinguishers on all floors and roll out ladders out of each bedroom).
Trump Tower: is 664 feet tall. How can a 40-foot tall row house possibly be in the same category?

What Happened At The Fort Greene Food Giveaway

Thanksgiving as Self-Giving and Community-Building