2020’s Won’t Be What We Expected
Advertisement 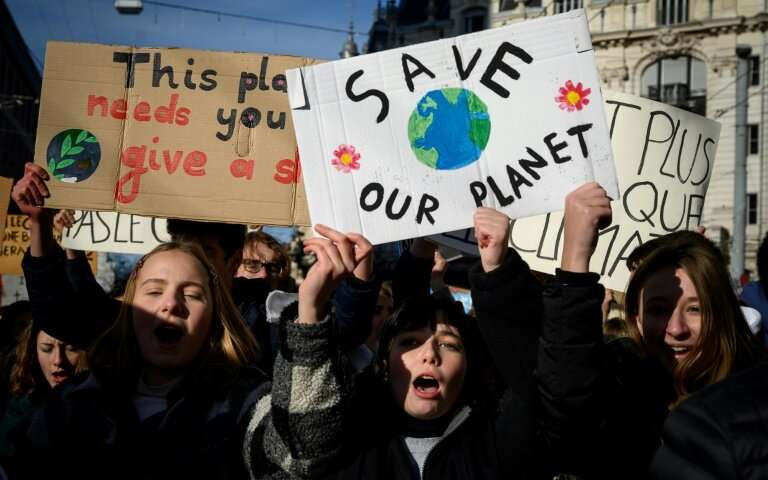 The decade 2020 has a special significance to Baby Boomers. It’s the time we imagined a golden future would have arrived. Here it is, and I have to tell you, the coming decade is not shaping up at all as we thought it would. As young people, we saw progress all around us, moving the nation and the world to a better place. We had the luxury of envisioning a future like the one we were in. But it was carbon-based. Oil and coal, safely tucked away by nature, had been found and fueled the mirage of what 2020 would hold in store. We had no idea that the hot commodity of the time, “Plastics,’” would be a threat to the global food supply and that species’ extinction and ecosystem collapse would be the result of the fun we were having. These following generations do not have the luxury of imagining. They know what’s in store for them and they don’t like it.

The new future buzzword, “2050,” has been used by science to give a glimpse of that time, based on the data so far. These generations after the Boomers, will have to contend with 50% of the mass of the ocean being plastic, that is eaten not only by fish and seabirds – an article in the February 2020 National Geographic bears the title, “Creatures in the deepest trenches of the sea are eating plastic.” It tells a chilling tale of research showing plastic weathered to microscopic proportions and eaten by the smallest creatures of the sea.

“The new research, published in the journal Royal Society Open Science, adds new details to earlier research that only discovered plastic bits in seafloor sediment in 2014. But it fleshes-out the picture shaping up of ocean trenches as the final sink for marine debris. That is not good news.”

Not only the weathered plastic was found, but all of the deepest trenches in the ocean the research team studied contained microscopic fibers. “No trench was fiber-free, and more than 80 percent of the amphipods contained them. When tested, the fibers were the same used in textiles, and the study suggests they entered the ocean after leaching from washing machines.”

Considering all the fibers and plastic already working its way to the ocean floor, this does not bode well for the world food chain that we are a part of.

So much for plastics and the sea, the other crisis the generations after us have to contend with is the climate. The change we reveled in causing is another event threatening the world as we knew it. The story is well-known: the increase of carbon dioxide in the atmosphere is trapping more heat from the sun, and it is gradually warming the planet on both land and sea.

Again from National Geographic, this time in July 2019 in an article titled, “By 2050, many U.S. cities will have weather like they’ve never seen,” research has found that, “Generally speaking, cities in the Northern Hemisphere will have the climates cities more than 620 miles to their south have today.”

And the study, “Existential climate-related security risk: A scenario approach,” published by Breakthrough, an independent thinktank devoted to the climate crisis: A 2050 scenario is outlined in their Overview: “Climate change now represents a near-to mid-term existential threat to human civilization.” And the “accelerating climate change impacts pose large negative consequences to humanity which might not be undone for centuries. To reduce such risks and to sustain human civilization, it is essential to build a zero emissions industrial system very quickly. This requires the global mobilization of resources on an emergency basis, akin to a wartime level of response.”

Add to this the increase in antibiotic-resistant bacteria that pharmaceutical giant Pfizer says that, “Without intervention, resistant pathogens could result in 10 million annual deaths by 2050.” This means that every surgical procedure, no matter how small, can become a matter of life or death.

Tracey Woodruff, Ph.D., MPH, was a senior scientist at the Environmental Protection Agency (EPA). She quoted in a University of California-San Francisco publication: “In the last 50 years, we have seen a dramatic increase in chemical production in the United States. Concurrently, there’s been an increase in the incidence of conditions like attention deficit hyperactivity disorder (ADHD), autism, childhood cancers, diabetes and obesity. “It’s not just genetic drift,” Woodruff maintains.

“And we’re all at risk from increasing chemical exposure. The water we run from our taps, the lotion we smear on our skin, the shampoo we rub in our hair, even the dust in our houses – is full of synthetic chemicals.”

Overlay all of the above with the challenge of simply making a living, and it is clear that voting is a must, as is being counted in the 2020 Census. Because the only way to effectively deal with threats such as these is with changes in public policy.

Leaving future generations with an overheated garbage dump of a planet with bacteria running rampant across the populations was not what the Boomers had in mind. We were told of a world of unlimited growth, run for pennies-a-day on nuclear power.

It’s time to face the reality of what time we’re in. We thought social progress was inevitable, only now to see the federal judiciary being padded with conservative judges who will be making decisions into 2050 and beyond.

2020 is the beginning of a 30-year countdown. And only the faith of individual political activism will determine what that countdown portends.