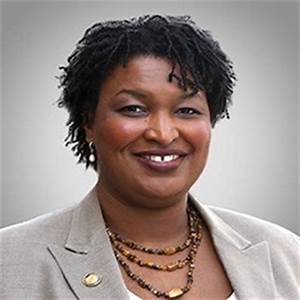 African-Americans did not get all of the projected victories on November 6.  Two weeks later, we lament the losses of gubernatorial candidates Stacey Abramsin Georgia and Andrew Gillum in Florida.    Those elections were stolen, as is their custom in the South.  Has Jim Crow died or is he up and kicking in a new incarnation under the guise and protection of the Republican Party?  Stacey Abrams, a Yale Law School graduate, ended her bid for Georgia governor but did not concede. She will sue Georgia for the gross mismanagement of the gubernatorial election.   She enthuses: “My goal is to fix democracy in Georgia.”   The Georgia and Florida gubernatorial races were rigged.  Abrams and Gillum losses were not in the cards.      America is no longer the exemplar of First World democracy.  It has the veneer of Third World election fraud.

America did vote for change on November 6. The Democratic majority in the American Congress (House) will restore checks, balances and some sanity to the out-of-control executive branch of government.    Media operations would best serve their audience if they summoned commentary from psychiatrists and social scientists in lieu of political pundits to determine what’s wrong with POTUS 45.

One of the most interesting stories last week which accompanied the AMAZON announcement about its new home in Long Island City was the one about Jeff Bezosasking Mayor de Blasio and Governor Cuomo if they could get along.  Bezos is no political novice.  He has donated campaign monies to NY Congressmen, City Council members, to the Assembly Speaker and Governor to make this deal happen.

HARLEM:VETERANS DAY 2018:  Harlem celebrated the 100thArmistice of WWI and some local heroes, the NY Black American men of the 369thArmy Regiment (the Hellfighters) who fought under French Command during the war.  Hosted by Keith Taylor and the Dorrance Brooks Property Owners and Renters Association, the ceremony was held at PFC Dorrance Brooks Square at Edgecombe Avenue at 136th Street.   Governor Cuomo, Brian Benjamin, the French Consulate (NY), historians and war scholars presented proclamations and recited the heroic acts of the 369thHellfighters.  The Hellfighters suffered disproportionate high casualties and fatalities during the war. NY staged a huge “welcome home parade” on Fifth Avenue for the 369th Hellfighters when they returned home in 1919.

US military history buffs may be interested in a new book, “AFRICAN-AMERICAN OFFICERS IN LIBERIA: A Pestiferous Rotation, 1910-1942” by Bryan Shellum, which was referenced in the 11/11 NY Times Book section.    Book reveals, “The US Army had a training, advising and leading mission in Liberia. Most of the officers were Black Americans, including US Army Colonel Charles Young, who was born a slave in Kentucky in 1864.”   Why? “A dual purpose to fend off encroaching colonial powers and to help the 15,000 former enslaved Africans to subjugate the approximately 730,000 indigenous people who resented the newcomers.”   A copy of “African-American Officers” should be sent to President Trump to bolster his awareness of the role of the US military in “shithole” countries.

On 11/19, the US Post Office, located at 99 Macombs Place in Harlem, was renamed the Tuskegee Airmen Building in honor of the Tuskegee Airmen, the first all-Black Squadron activated into service by the US Army Air Corps in 1941 during WWII.  The Tuskegee Airmen flew more than 15,000 individual sorties in Europe and North Africa.   Representative Adriano Espaillat introduced the renaming commemorative bill in Congress which was signed into law this year.

WANTED by Harlem Business Alliance CEO Regina Smithand its partner the Kellogg Foundation will co-host the 6thcohort of their LILLIAN PROJECT.  Applicants must be Harlem-based, US-born African-American women, mothers with a low-to-middle-income, and who have an incandescent “fire in the belly” to succeed in entrepreneurial endeavors like Madame CJ Walker and Oprah Winfrey. The 16-week business education program intensive includes workshops in marketing, financial literacy and much more to prepare candidates for that “leap of faith” to their own Black enterprise.   Visit hbany.org for application info which is due no later than December 15. [Visit hbany.org] Classes begin in January.

THEATRE:  The Classical Theatre of Harlem and the City College Center for the Arts presents “A CHRISTMAS CAROL IN HARLEM,” a family-friendly story starring Anthony Vaugh Merchant, adopted from the Charles Dickens classic by Shawn Rene Graham and directed by Steve H. Broadnax III with original music. Story is set in Harlem with “Scrooge,” a real estate baron unprepared for his Xmas Eve visitors and their revelations. Play runs from 11/25 to 12/8 at Aaron Davis Hall at the City College campus on Convent Avenue at 135th Street, Harlem.

BOOKS:  African-Americans fared well at the 2018 National Book Awards held on 11/14.   Jeffery C. Stewart’s 932-page biography, “THE NEW NEGRO: The Life of Alain Locke,” took top nonfiction honors.   The father of the Harlem Renaissance, which began in 1918, Locke is the first African-American Rhodes Scholar who earned a Ph.D. in philosophy at Harvard, and who taught at Howard University for four decades.   A complex creative thinker, a quasi-closeted gay man, he was an African cultural nationalist. A NY Times reviewer stated: “He believed that art and the Great Migration, not political protest, were the keys to Black liberation.” …… Justin Phillip Reed’s book, “INDECENCY,” took top poetry honors.  Book explores inequity and injustice and critiques the culture of white supremacy and the dominant social order.

The nonfiction 888-page book, “FREDERICK DOUGLASS: Prophet of Freedom” by David Blight, sounds like Pulitzer and National Book Award material.    Fugitive slave who evolved into an abolitionist, adviser to the president, orator and prolific writer, Frederick Douglass was as illuminating about his complex relationship with the women in his life. Blight, a Yale history professor who is director of its Gilder Lehrman Center for the Study of Slavery, Resistance and Abolition, wrote an 11/5 NY Times op-ed, “What America Owes Frederick Douglass.” He quotes FD: “Black people had 3 tools, their voice, their pen and their vote.”  Blight concludes: “Today, all three are under threat.”

The Mary Schmidt Campbellbiography, “AN AMERICAN ODYSSEY: The Life and Work of Romare Bearden,” is in a class by itself.  One of the 20thcentury’s most prominent fine artists, Bearden has been the subject of two biographies, none as intimate as Campbell’s, whose “American Odyssey” was described as a labor of love.   Campbell is the Spelman College President.   Bearden was Campbell’s mentor and the man who encouraged her to apply for the top job at The Studio Museum of Harlem in 1977……The rest is history and herstory!!

RIP:   Daa’iya Sanusu transitioned on November 11.  Host of the “Gardens of Tranquility and Contemplation” show on the City College station WHCR-FM, the longest-running voice at WHCR, Daa’iya occupied her Saturday morning berth from 6-11am for almost 15 years playing jazz, R&B, engaged in meditation, healing allopathic and alternative, and spreading her special brand of love and holding forth on the multifaceted universal Black experience.    The WHCR Station Manager Angela Harden opened the mike on Saturday 11/17 for listeners to articulate their Daa’iya remembrances.   No funeral arrangements were finalized at press time.

RIP: The Dance Theatre of Harlem (DTH) announced the celebration of the Life and Legacy of the late dancer/choreographer Arthur Mitchell (1934 to 2018), which will be held on December 3 from 5-7 pm. A community gathering follows at the DTH building located at 466 West 152nd Street, Harlem.