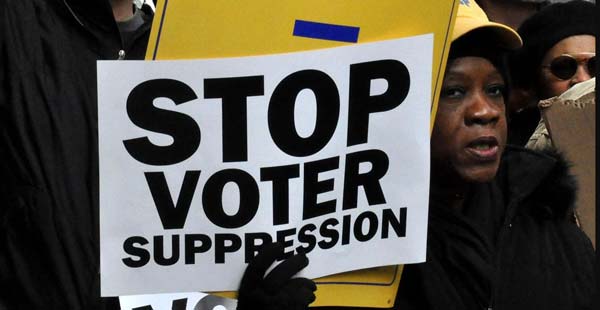 Covid, Covid, Covid.
In the 1918 Spanish flu epidemic, African Americans were at the bottom of the health system’s agenda, and 102 years later, Black and Brown people are still dying at disproportionately high rates and receiving less access to life-saving vaccines.
And now, President Biden, Governor Cuomo and Mayor de Blasio have all acknowledged the historical disparities and have all pledged to insure Black and Brown communities will have those disparities addressed in vaccine distribution.
We look forward to watching the effect of those efforts roll out in neighborhoods across the city.

New Administration, New Dangers
After the Inauguration of President Joseph Biden and Vice President Kamala Harris there was a collective sigh of relief across the country. As though a weight has been lifted away. Gone was the impulse to turn to a screen to see what Trump had tweeted overnight. “what crazy thing has he said/done now?”
But now – after the storming of the Capitol and the chants of “kill Mike Pence, the “hunting’ of Nancy Pelosi, the deluge of death threats to Vice President Harris, Alexandria Octavia Cortez, Dr. Anthony Fauci, congresspeople feeling the need to wear bulletproof vests – it is replaced with a fear for all of them that we had the first few times President Obama stepped out of the “Beast,” the heavily armored presidential limousine.
It has become so dangerous that the DHS has issued a National Terrorist Advisory Bulletin regarding domestic terrorism and Congressman Hakeem Jeffries has reported threats to himself and his family.

Voter Suppression, Republican Agenda
In addition, another fear is growing. That the elections in 2022 and 2024 could easily set the nation back on the authoritarian track that Trump revealed is just below the thin veneer of democracy.
And now, as we wrote in the November 19th column, “what should be on our agenda, is combatting the wave of suppression efforts today, and get ready for the tsunami of anti-voter efforts to come. The Republicans have tried everything they could to suppress the Black vote.
Voter ID laws, closing polling sites, postal service slowdowns and purging of voter rolls are only the beginning of what they have done and still they lost the Presidency. Their only response will be to step up their game. They are going to redline it, and we must do the same.”
And as expected, they are putting the pedal to the metal and redlining their voter suppression efforts, made possible by the gutting of the Voting Rights Act of 1965 in 2013, when the U.S. Supreme Court removed civil rights protections which permitted Southern states to change their election laws without first getting federal permission.
Just elected Georgia senators Raphael Warnock and Jon Ossoff have pledged to use the new senate majority to pass the John Lewis Voting Rights Advancement Act, and not a moment too soon. As Politico recently reported, “Republican legislators across the country are preparing a slew of new voting restrictions in the wake of former President Donald Trump’s defeat.
“Some Republican officials have been blunt about their motivations: They don’t believe they can win unless the rules change. “They don’t have to change all of them, but they’ve got to change the major parts of them so that we at least have a shot at winning,” Alice O’Lenick, a Republican on the Gwinnett County, Ga., board of elections in suburban Atlanta, told the Gwinnett Daily Post last week.”
This means the nation, as we now know it, is subject to a change of direction toward a darker future than we thought possible.
Biden won with a 7 million vote margin, but if a relatively few votes, in Georgia, Arizona and Wisconsin. totaling 44,000 had changed, Biden and Trump would have tied in the Electoral College, leaving the new congress as the deciders of the election, with the representatives voting for the president and the senate voting for the vice-president.
The Biden administration has only two years to set the nation back on its progressive path and the president is moving quickly to get us there by signing executive orders on the existential danger of climate change and the jobs that will come from confronting it, mobilizing the government on a national response to Covid 19, and a host of others demonstrating that science, not conspiracies, is the new order of the day.
This is the only way that conversations around the kitchen table will turn away from health worries and job loss, and family breadwinners can put food on the table and see a brighter future for themselves and their children.
And because Trump and then-Senate Majority Leader Mitch McConnell has installed 234 federal judges, court challenges to suppression efforts will face a rightwing judiciary, intent on maintaining Republican control and White supremacy and thwarting President Biden’s whenever possible. It’s going to be a tough two years.