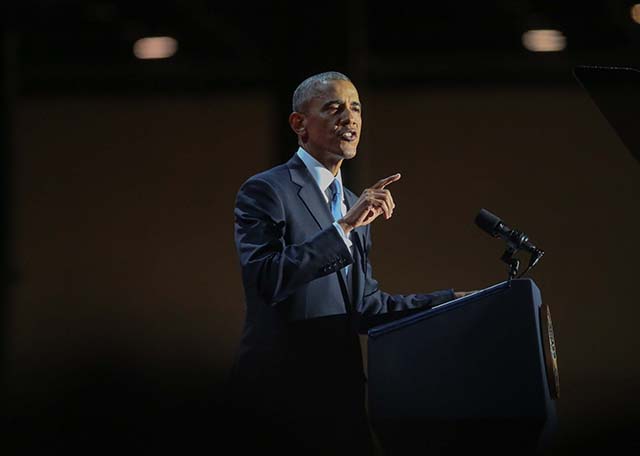 Barack Obama and his family leaving the White House, to be replaced with Donald, Melania, Ivanka and Jared, is like watching a sunny day turn into a dark and stormy night.   Because whatever you think of his policies, the adjectives keep coming about the President’s decency, humility, humanity and brilliance, his scandal-free administration, parenting skills, his example as a loving husband and more.  And yet as he says, we have to move on looking into the future.  The heartbreak is when we do, we want to recoil in horror because each day brings new questions and cabinet appointment confirmations that sound like nails going into a coffin.

On the other hand, as President Obama says publicly, maybe with Trump’s very different style, there will be a very different mix of plusses and minuses.

At his press conference he certainly has set high standards for himself, declaring, “I will be the greatest jobs producer that God ever created,” and the words he used repeatedly to describe his team and efforts, were “great”, “beautiful”, “tremendous”, “incredible”, “elegant”, “special” and “fantastic”.   Trump said the much-talked-about wall will be built at the Mexican border and they will pay for it by way of a reimbursement deal to be worked out.

He acknowledged that the Russians hacked the Democratic National Committee and said the US is hacked by everybody, including China and he has the top people in the world working on cybersecurity and within 90 days a major report on hacking defense will be issued.

So if we don’t include issues like voting rights, women’s rights, religious freedom and mass incarceration, and other challenges as in the Middle East, North Korea and the warming planet, maybe everything will turn out okay.